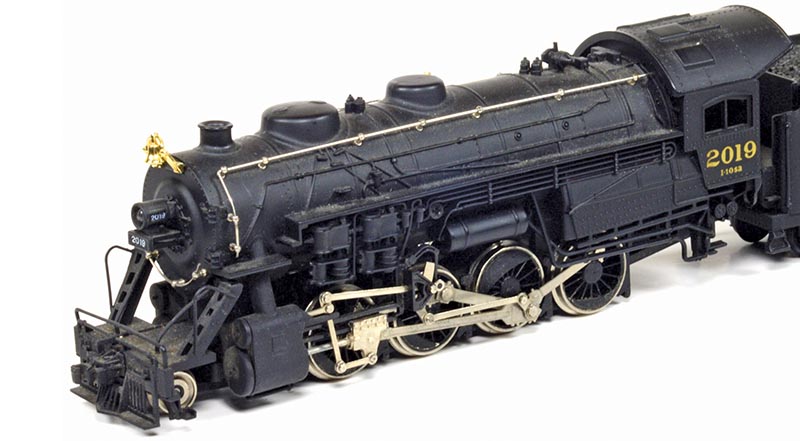 This Bachmann 2-8-0 Consolidation steam locomotive had been on my wish list for some time, and I picked it up for about $10 at a recent estate auction sale in my area.

Going Once! Going Twice! Sold! I spent an unseasonably chilly Sunday in April participating in my first auction. Collecting model trains initially involved searching out hobby shops and hunting through the shelves or hoping the store had used or consignment items, as well as attending train swap meets. By the late 1990s, I was amazed at what was popping up on this new thing called “eBay.” These sources continue to serve me well today and I enjoy doing them all.

I was aware of auctions. Living in a rural area, farm equipment and general estate auctions are common advertisements in local newspapers. Generally, my attention is peaked by the appearance of some vintage Thunderbird or old Lincoln to be auctioned off. I usually remind myself that I don’t need a large yard ornament that comes with its own hood ornament, so I move on to other business.

A friend texted me with a picture of an estate auction that was coming up in my area with the message, “Saw all these trains and thought of you!” Looking over the auction ad, I saw that an assortment of HO-scale model trains was promised for the offering at this event. How could I pass it up?

If you’ve never attended an auction, I’ll briefly provide some insight regarding my experience. I arrived about a half-hour ahead of the scheduled start of the auction. I’d wondered if you could handle and inspect the items prior to the sale and discovered that indeed you can look everything over and get a good idea of what’s available. You register as a bidder, which included showing my driver’s license and receiving a card with a number on it. That number was my bidding number. 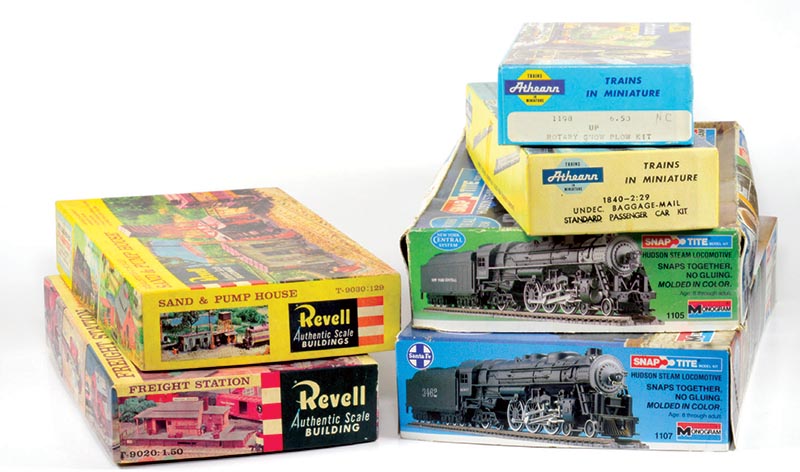 Unassembled structure kits were plentiful at this auction. I couldn’t help but add a number of kits to my collection. The majority of these items shown cost approximately one dollar each!

The items went on auction in groups or individually, depending on what the auctioneer saw as valuable. It was quickly apparent that no train enthusiast had participated to any great degree in educating the auction company, but they did have a rough idea of things and proceeded table-by-table through a warehouse full of old HO. Yes, it was kind of amazing to behold!

From my estimation, some items went for far more than I would have ever considering offering and others went amazingly cheap! There was nothing I saw that I felt I couldn’t leave without buying, so I just had fun and watched, bidding here and there on items. I did bring home a number of neat things to add to my collection and the grand total spent wasn’t much. You can track what you won yourself and you’ll discover that the auction company has a person noting what bid amounts are associated with which bidder numbers. I loaded up my purchases as the day progressed and at the end of the auction, I was presented with a total and I paid by personal check.

Auctions loaded with HO model trains are not terribly common. I asked the auctioneer afterward and was told they see “toy trains” occasionally, but not usually in such quantity. You can keep an eye on local papers for news of auctions. Some auction services send out e-mails with information and details on coming sales. This was a very enjoyable way to spend a Sunday afternoon, and I added a number of new things to my collection with minimal money spent. 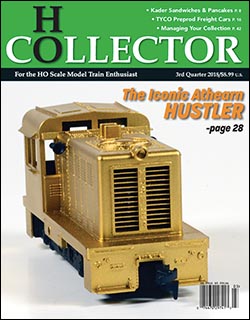 This article appeared in the Third Quarter 2018 issue of HO Collector! Subscribe Today!