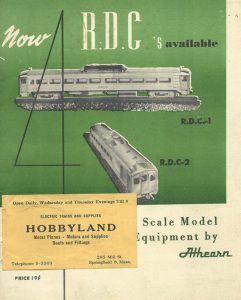 When Budd was building 1:1 examples of RDCs for North American railroads, HO saw its first releases from Athearn. Do you remember them? The first RDCs in Athearn’s line of model train kits were not the injection-molded plastic reproductions that served for decades in the hobby manufacturer’s catalog. 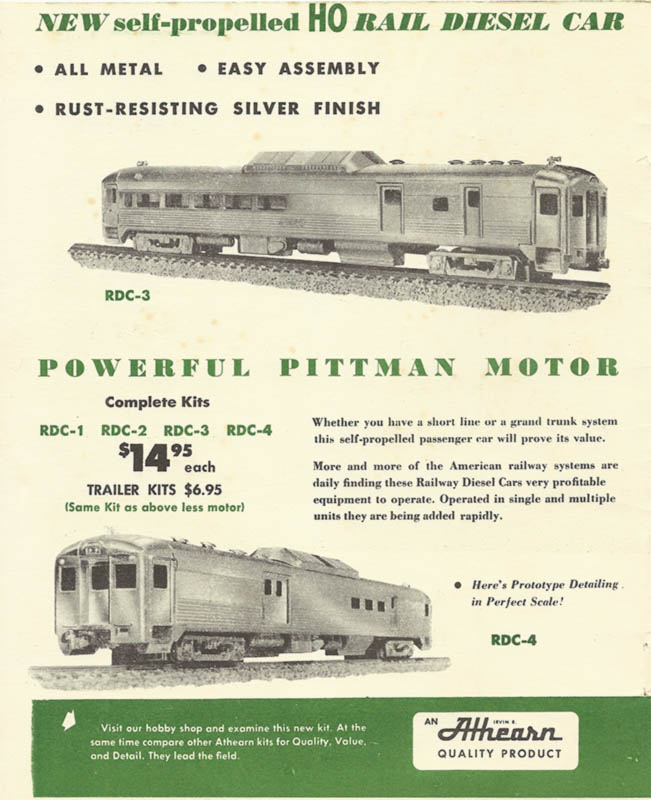 ABOVE: This 1950s Athearn catalog entry lists RDC-1 thru RDC-4 styles available with a $14.95 retail for powered versions and $6.95 for non-powered “trailer kits.”

Athearn’s plastic shell Budd RDC models arrived in the late 1950s and included RDC-1 and RDC-3 body styles. The Hi-f “rubber band” drive models came assembled for $7.95 (according to a 1958 Athearn catalog) and you could select from New Haven or Santa Fe road names. Athearn sold assembled non-powered RDC models in the same two road names and two body styles for $2.95 each. 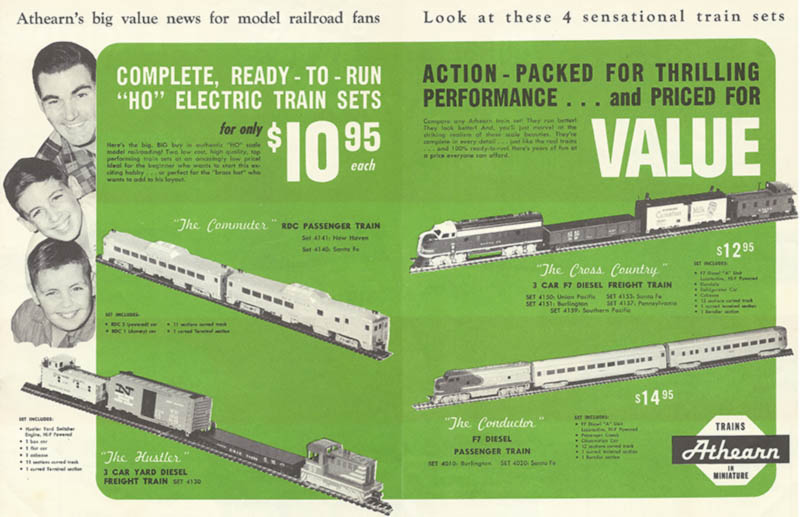 ABOVE: Some of the train sets listed in Athearn’s 1958-1959 “the Big Buy in HO electric trains” catalog are shown. “The Commuter” set included a pair of RDCs and a circle of track for $10.95. 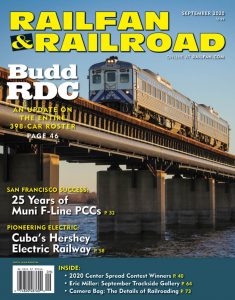 Be sure to pick up a copy of Railfan & Railroad‘s September 2020 issue and read the Budd RDC cover story.