A giant in the world of 1970s HO-scale freight car models was this infamous 62-foot triple-dome tank car. 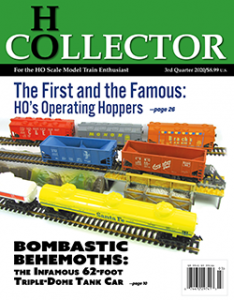 The 3rd Quarter 2020 HO Collector presents “Bombastic Behemoths” by co-editor Tony Lucio. This article presents an in-depth survey of a favorite collector freight car and the many companies that produced it beginning in the mid-1970s. The model first appears in TYCO’s line and similar triple-dome tank car offerings would see inclusion in Bachmann, IHC-Hobby, Life-Like, Model Power, Pemco, and other product lines.

Known TYCO releases include Coca-Cola, Exxon, Mobil, Shell, Sohio, and Union 76. When you include similar 62-foot triple-dome tank cars produced by Bachmann, IHC-Hobby, Life-Like, Pemco, and Playart, the list grows to about two dozen examples. Read about this model’s history from its debut in TYCO’s 1972 product catalog through a 1990s appearance in a Disney movie-themed train set from IHC-Hobby in the 3rd Quarter 2020 edition of HO Collector.

ABOVE: Bachmann’s effort as a 62-foot triple-dome tank car model provided the most elaborate version. This yellow White House Apple Cider Vinegar model shows Bachmann’s version with platform surrounding the tank that other versions lacked. Not all Bachmann versions of this tank car include this base platform, find out the full story by reading Tony Lucio’s article. 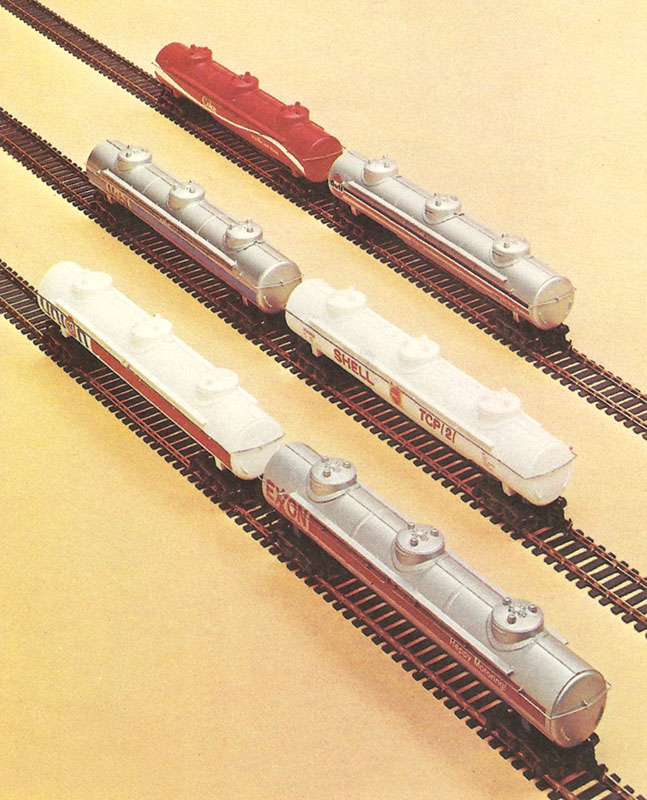 ABOVE: The group of six TYCO 62-foot tank cars from the company’s 1974-75 product catalog. This was the third year this model was present in TYCO’s catalog and these models represented closer to production looks for this giant freight car versus earlier entries in 1972 and 1973 publications. 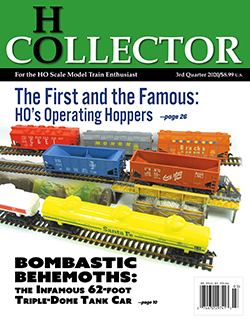 This article appeared in the 3rd Quarter 2020 issue of HO Collector. Subscribe today!