Co-editor Tony Lucio will begin a “Paint Shop Profile” series surveying models produced for B&O’s 1950s era Timesaver fleet. You’ll learn about the prototype blue with orange boxcars and see examples of HO replicas produced from the time the real cars were on the rails through more contemporary times. 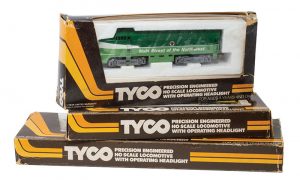 Co-editor Tony Cook presents the treasures that only appeared once in TYCO’s 1982 product catalog. This was the electric train line’s final year with such a wide variety of model types and liveries. You’ll see some of the most sought-after releases of the “brown box” era. 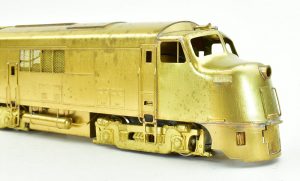 “Brass from the Past” will show the uncommon Baldwin four-axle cab unit (DR 4-4-1500s) in A- and B-unit pair. These brass reproductions were imported by Dallas’ Bobbye Hall for her Hallmark line. You’ll see the models and learn a bit about these lessor-known first generation diesels. 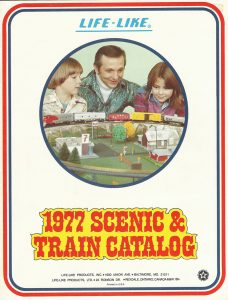 My Life and Life-Like

Tim Garner’s insider history of working at Baltimore’s Life-Like will continue with a second installment. You’ll discover more unknown facts and enjoy memories of what it was like to work for this famous train maker.