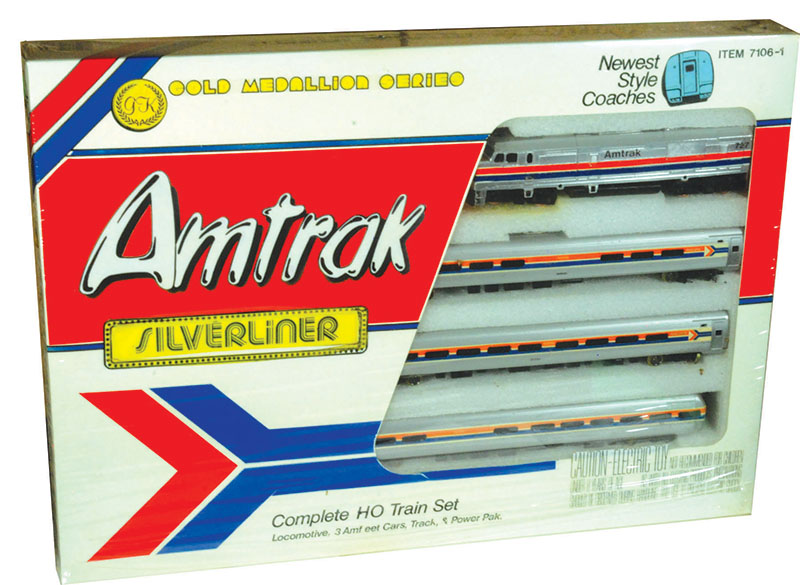 An exciting part of collecting model trains is discovering items that you can’t own… Because they were never released. In HO Collector’s 1st Quarter 2019 edition, editor Tony Cook examines a collection of planned American GK train sets. You’ll see four offerings that got all the way to what appear to be finished products, yet never made it to the marketplace.

Among the announced HO-scale motive power offerings from American GK, the planned General Electric P30CH diesel may hold the most interest and curiosity for collectors. To date, this model only exists in HO in the form of expensive brass imports. A plastic model was planned by American GK in the late 1970s, but never made it to production. Learn more about this and other cancelled models, including fanciful Amfleet cars, billboard boxcars, and a curious marketing relationship with Cox Trains.

Everyone is familiar with the Fairbanks-Morse C-Liner diesel locomotive model sold for many years in North America as an AHM release, and later from IHC. HO Collector co-editor Tony Lucio goes back to the early days of this HO C-Liner’s history with an interesting and informative presentation on the 1950s and early 1960s pre-AHM days for this long-serving and historic model.

The classic 0-4-0 “Dockside” steam locomotive has enjoyed many incarnations in HO. This famous Baltimore & Ohio prototype enjoyed inclusion in catalogs from Varney to Pemco. Join David Otte as he documents the models and examines the prototype.

All this and more in the 1st Quarter 2019 issue of HO Collector!