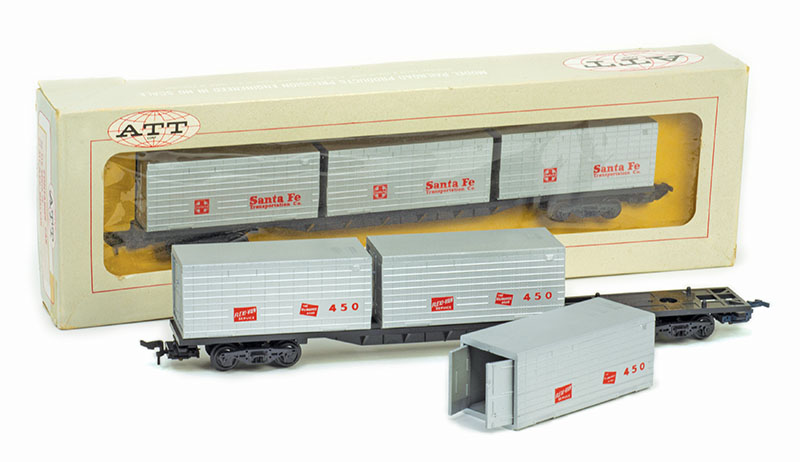 One of the more intriguing freight car releases from American Train & Track was this container car offering. 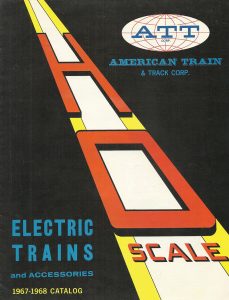 HO Collector‘s 1st Quarter 2021 edition includes “An Introduction to American Train & Track,” this short-lived hobby importer offered several interesting models around 1970. Among them was a flatcar with three containers.

The model was unusual for its time of release as it was reproduced close to the 85-foot length of prototype flatcars, which wasn’t a common practice as many companies shortened longer prototypes such as passenger cars and flatcars of this variety. The replica was actually OO scale (1:76) and slightly larger than HO scale (1:87) and came from Hornby/Tri-ang of the United Kingdom to American Train & Track’s catalog. 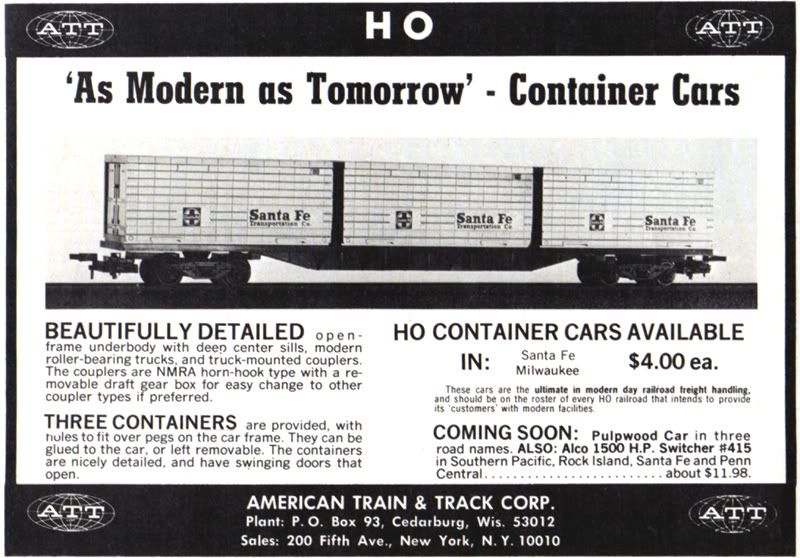 ABOVE: This May 1969 advertisement shows American Train & Track’s container car and lists Santa Fe and Milwaukee Road as available road names. The assembled model was promoted as one that “should be on the roster of every HO railroad” and it is a favorite among collectors of this hobby company’s line.

The flatcar portion of this release consisted of an essentially undecorated black molded plastic base with interesting trucks and an uncommon coupler pocket design. The car came from American Train & Track equipped with X2f couplers and plastic wheels mounted in the plastic trucks. Posts along the open bed of the flatcar allowed for positioning the trio of 20-foot containers on the car and they could also be removed. The containers featured end doors that opened, which may represent the first occasion for this feature on an HO-scale container model.

ABOVE: Santa Fe’s “Mark V” container car (compatible and similar to New York Central’s famous “Flexi-Van”) shows features suggestive of the Hornby/Tri-ang model. Note the trucks and the skeleton- or spine-design of the flatcar and see how it is somewhat reproduced for American Train & Track’s model. This Santa Fe Mark V car was among express cars in a train at Kansas City, Mo., in 1968. — K.B. King, Jr. photo, Kevin EuDaly collection

In addition to its appearance in American Train & Track’s catalog, this model can also be found from its source, Hornby/Tri-ang, and you’ll find blue-boxed Model Power versions. All date to around 1970 and some years after. For its Model Power appearance in the early 1970s, the road names remained the same and may also include New York Central lettered containers (which may also be among ATT offerings). Hornby/Tri-ang versions come equipped with a loop-and-hook style coupler arrangement and different container decoration. 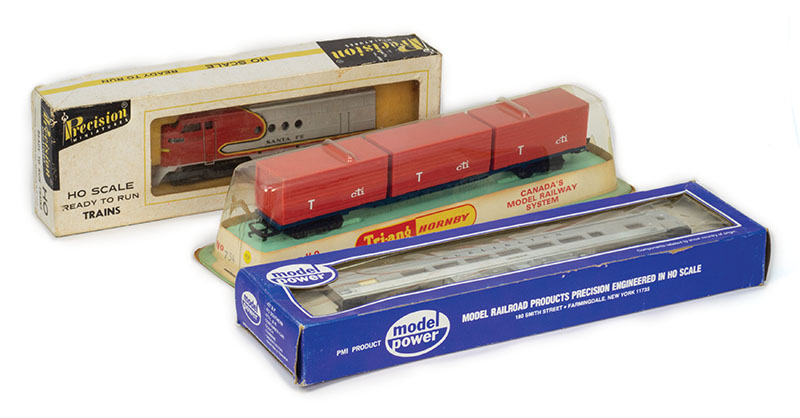 This article appears in the First Quarter 2021 issue of HO Collector. Subscribe today!