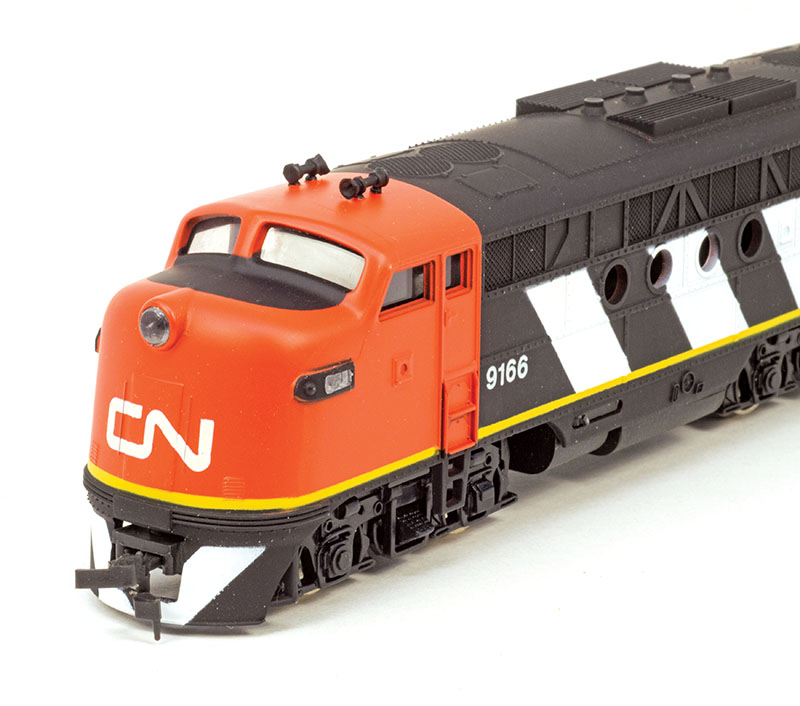 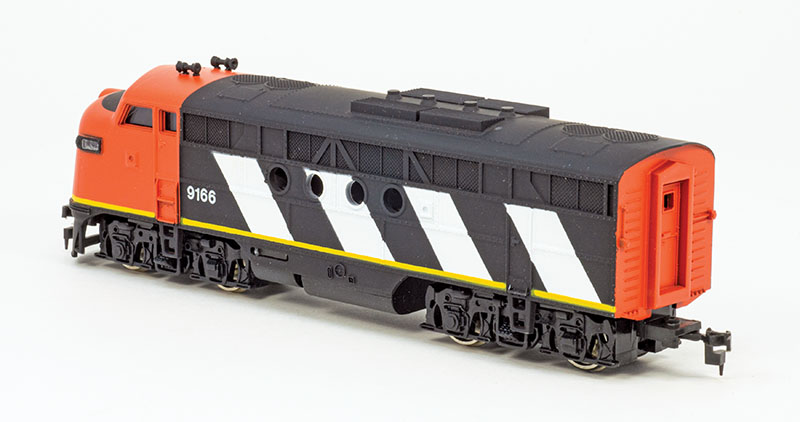 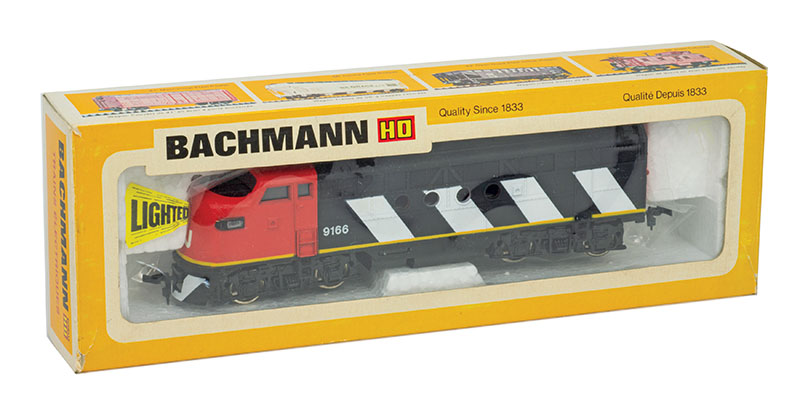 ABOVE: At a glance this white with yellow cardboard window display box looks like a typical 1970s era Bachmann package. Look closely in the upper right and you’ll see bilingual English/French for the hobby maker’s “Quality Since 1833” slogan.

While General Motors found many buyers in the U.S. for its legendary first regular production F-unit, the FT was skipped by Canadian roads. FT production began in 1939 and continued through late 1945. Combing A-units and B-units, FT production numbers topped 1,000 examples.

The prototype came equipped with a 567-type prime mover providing 1,350 horsepower for this four-axle diesel locomotive. While all F-units share a similar appearance, the main spotting feature for the FT is the closely spaced set of four portholes on the sides of this cab unit. 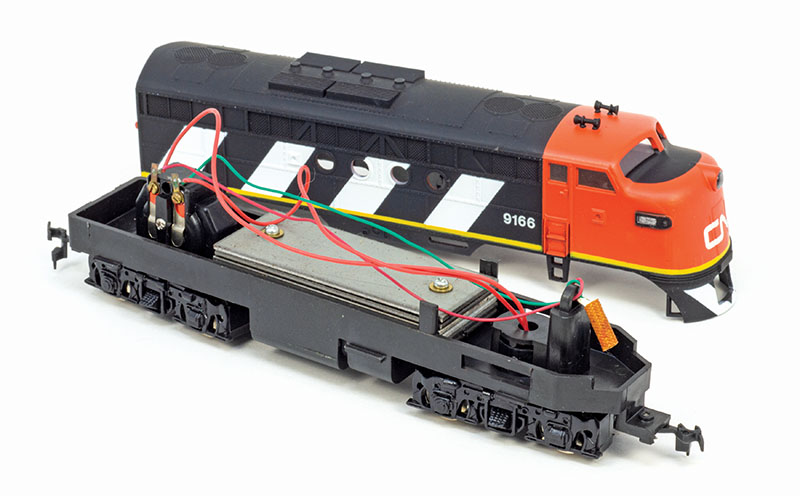 ABOVE: The real FT had EMD’s 567 prime mover under its hood, this late 1970s Bachmann release possesses a pancake-type motor mounted over the rear truck.

Early releases of this Kader HO-scale FT came with 8-wheel drive mechanisms and those included AHM’s releases of 1974. By the time this FT joined Bachmann’s line, a single-truck drive mechanism was common. In addition, Bachmann offered non-powered dummy FTs in the late 1970s and into the early 1980s.

The model made a 21st century comeback to Bachmann’s line and has available since the early 2000s with all-wheel drive, refined design truck sideframes, a new chassis, and knuckle couplers. The A-unit was joined by a B-unit with these 2000s production runs. In recent years an E-Z App FT has been offered, along with Digital Command Control-equipped FTs.