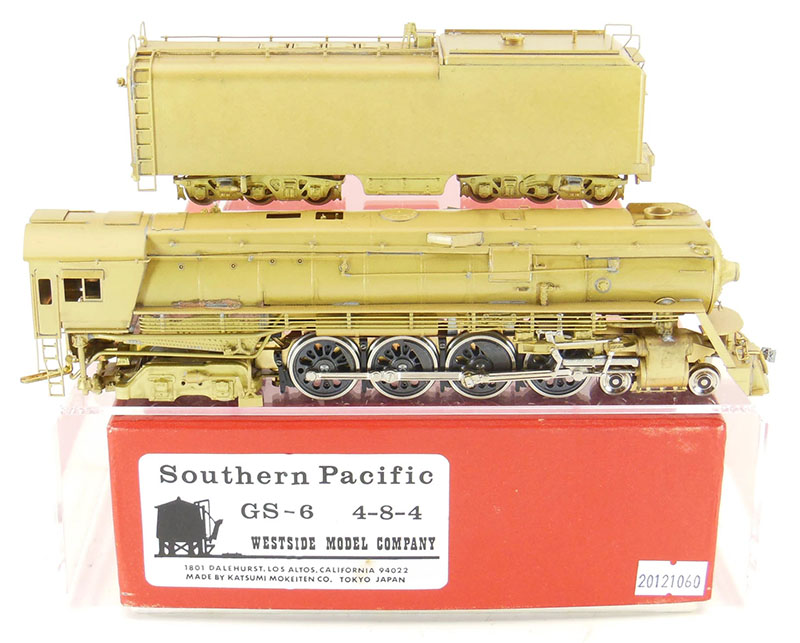 ABOVE: Crafted by Katsumi of Japan for Westside Model Company, this GS-6 model release was the first time this prototype was offered in HO scale by Westside.

This semi-streamlined Northern-type worked for Southern Pacific (4460-4469) from 1943 to 1958 and examples also served Western Pacific’s roster (481-486) from 1943 through 1953. Lima Locomotive Works built this 4-8-4 with approval from the U.S. War Production Board during World War II. Western Pacific classed these locomotives as its GS-64-77 and Franklin boosters were installed on WP models. 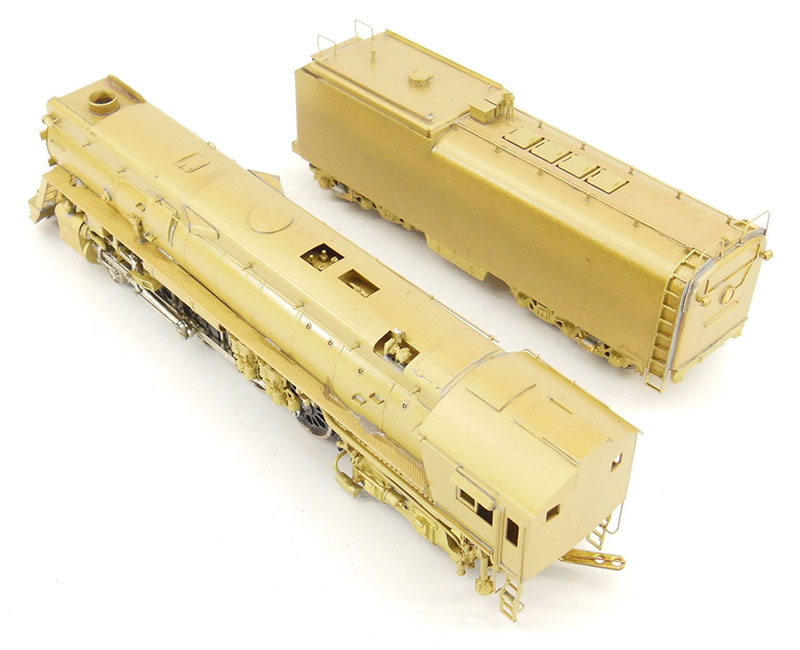 ABOVE: This overhead view of Westside Model Company’s HO-scale GS-6 shows the back of the enclosed cab on the locomotive and rear of the tender.

Southern Pacific used its GS-6 class as power for its San Joaquin Daylight service and also in Bay Area commuter runs, as well as freight use. Western Pacific’s examples did passenger and freight assignments and received “elephant ear” smoke deflectors on all six WP roster members. Western Pacific dieselized its roster by the early 1950s and three surplus Northerns were sold to Southern Pacific with tenders kept out of the deal and used by Western Pacific for steam generator use on snowplows. 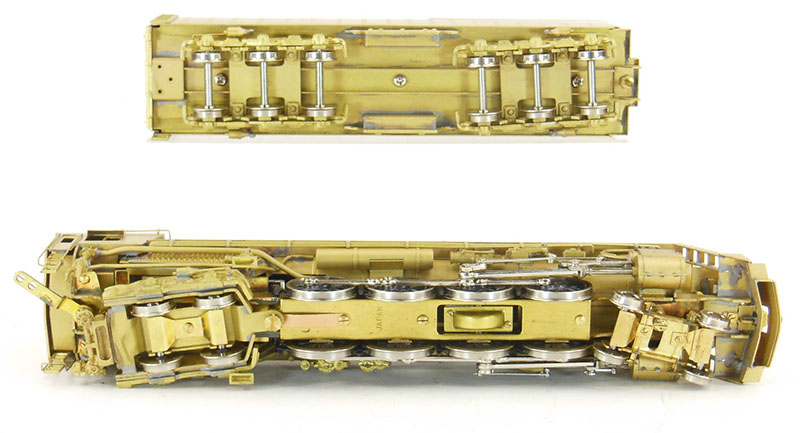 ABOVE: This view of the base of Westside’s GS-6 shows a “Japan” origin mark on the locomotive.

The National Museum of Transportation in the St. Louis, Mo., area is home to the only known surviving member of the GS-6 class (Southern Pacific 4460). A Western Pacific tender from its roster is stored by the Western Pacific Railroad Museum in Portola, Calif. 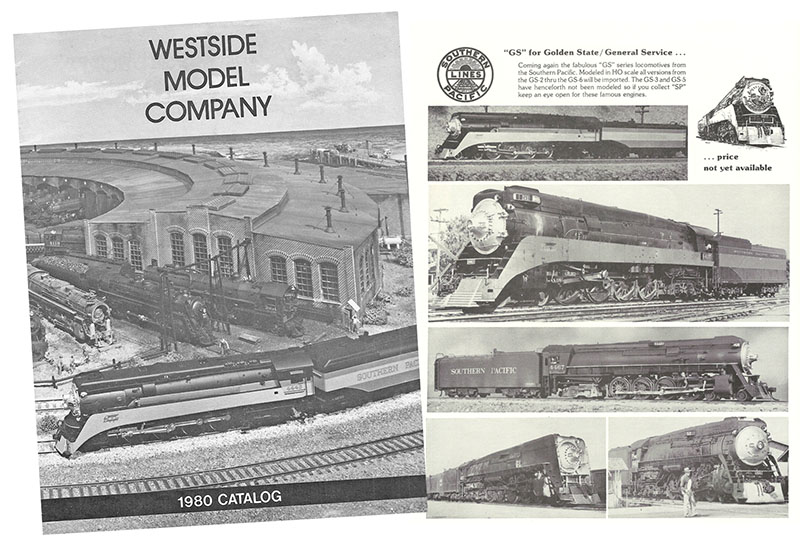 ABOVE: Westside Model Company returned to this GS-6 prototype for a 1981 import. This version came equipped with a can motor and was also produced by Katsumi.