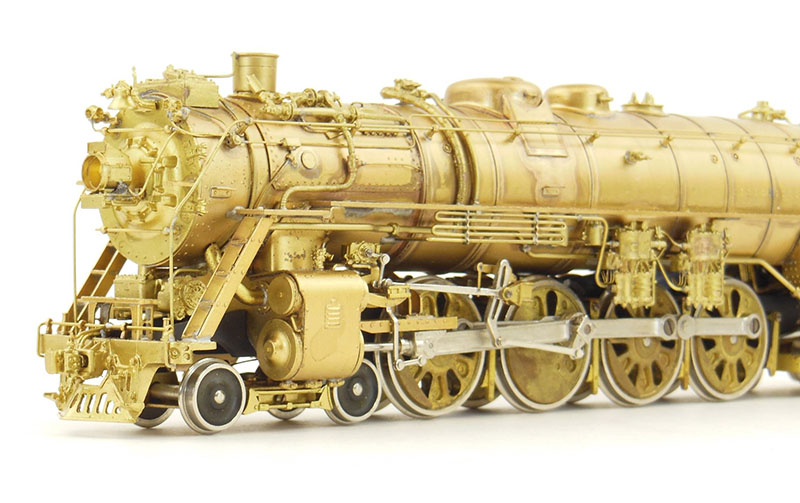 What set brass apart in the hobby is apparent in this early 1970s Pacific Fast Mail HO-scale steam locomotive replica. Check out the piping and detail on and around the boiler. 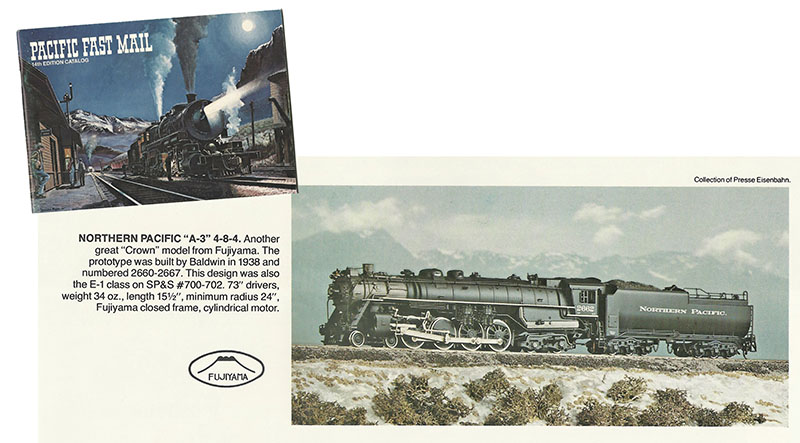 ABOVE: This view of a decorated Northern Pacific A-3 from Pacific Fast Mail’s 14th Edition Catalog is a later production run. Models at this time came in beautiful gold brass finish, but catalogs frequently presented them painted and decaled and placed in a scenic locale, such as this example credited to the collection of Preese Eiserbahn.

Built by Baldwin in the late 1930s, this big 4-8-4 Northern-type steam locomotive saw use by Northern Pacific as the road’s A-3 class (2660-2667) and similar locos worked neighboring Spokane, Portland & Seattle as that road’s E-1 class (SP&S 700-702). The A-3 class was a successor to NP’s A-2, which were very similar in appearance, with A-3s possessing larger flues and additional appliances, and this A-3 class lacked Wilson feedwater conditioner equipment included on the prior A-2. 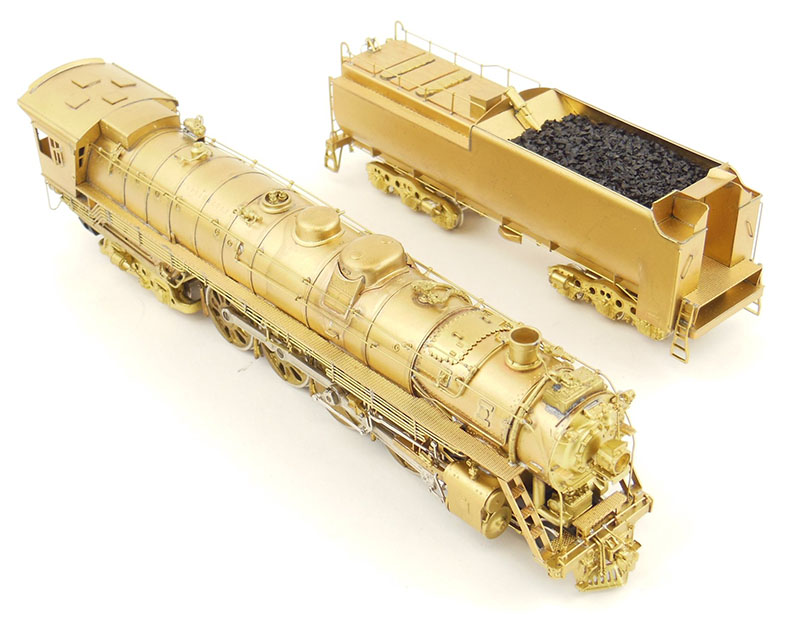 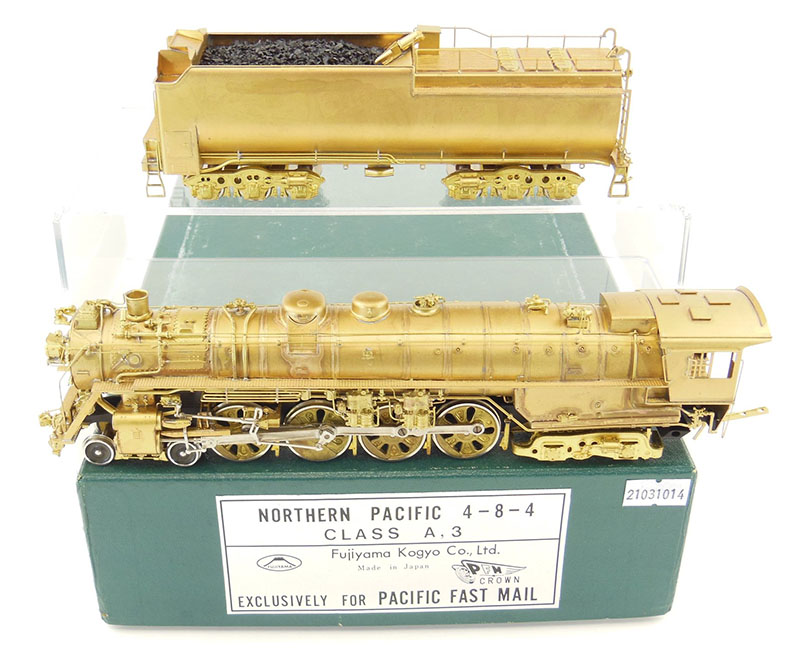 ABOVE: This example, offered for sale in 2021 by ReSourcedRails.com shows the green box this model came in, note the Fujiyama logo and “Crown” identification under PFM’s logo.

This was one of several brass replicas imported for Pacific Fast Mail’s catalog in the 1970s and produced by Fujiyama. This 4-8-4 Northern-type resided in PFM’s “Crown” series of higher end releases.