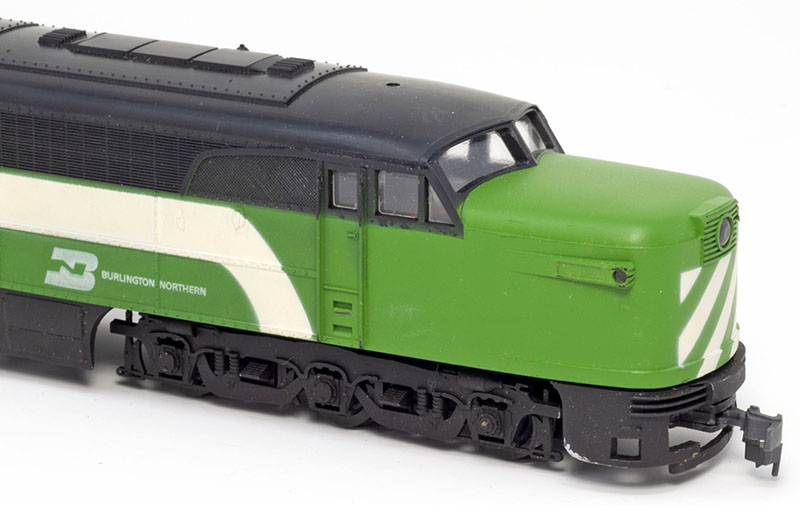 After a drought of many years from Alco’s 1946 introduction of its PA-1/PB-1 diesels to the 1970s, modelers received not one, but two plastic models of this famous passenger hauler in HO scale.

Con-Cor introduced models of Alco PA-1/PB-1 diesels in 1967 for the N scale market. Hobbyists consider this pair of passenger Alco diesel models as classics for N scale. These original offerings came from Kato in Japan. Con-Cor added HO versions for its Alco PA-1/PB-1 in 1970. However, the company didn’t source its 1:87 rendition from Kato. Imagine how the hobby might have been different, if Kato had entered the HO market with a quality PA-1 in 1970 sold by Con-Cor?! Instead, Con-Cor’s HO-scale PA-1/PB-1 models came to the U.S. from Europe via Liliput.

Early announcements from Con-Cor feature an image of an N-scale Santa Fe PA-1 to promote the HO release. The powered HO-scale Alco PA-1 sold for $18.98. A review in March 1970’s Model Railroader states unpowered PB-1s would follow. I find reference to the PB-1s by early 1971 in Con-Cor ads, which list the unpowered PB-1 selling for $5.98. Con-Cor also offered dummy PA-1s for $6.98 and lowered the retail on its powered HO-scale PA-1 to $15.98 by early 1971. Road names were limited to Pennsylvania Railroad and Santa Fe during the first year. Additional road names announced included Burlington Northern (pictured), Delaware & Hudson, Erie, Great Northern, and Union Pacific. 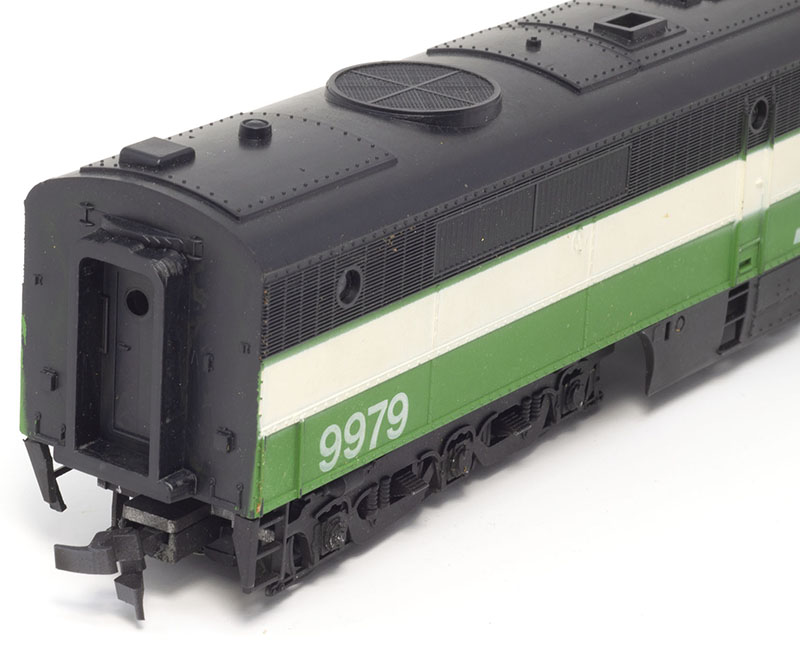 For the time, Liliput’s tooling did a decent job replicating Alco’s prototype. Based in Vienna, Austria, Liliput didn’t produce many U.S. prototypes for the North American market, as did Roco of Austria or Mehano of Yugoslavia for example. This view of the back end of Con-Cor’s Burlington Northern PA-1 shows off a cracked stirrup step. My experience with these plastic body shells shows them to be rather brittle items that are subject to damage easily.

This pair of Alco offerings followed a somewhat uncommon design for HO diesels. As this image illustrates, shell snapped on a frame that included everything from the sill down on the model. This approach required the need for two frames, as the PA-1 possesses a pilot and the PB-1 does not. Athearn’s HO-scale PA-1/PB-1 models shared a metal frame, which made for more simple and economical construction. Though you might expect the frame to be die-cast metal, it was plastic.

The truck sideframes were also plastic moldings. The drive mechanism resided over the rear truck with a weight riding on the lead truck. Replicating a practice common to brass imports of its era, Con-Cor’s model included a drive rod extending from the rear truck to the lead truck through the space that should have included fuel and water tanks. This “tank drive” design allowed for all wheels to be driven.

This view shows Con-Cor’s PB-1 with a PA-1 shell. At the base of the center access door is a slot that allows the upper shell to snap on to the chassis. The basic toolings included virtually no separate details. The air horns, missing from this Burlington Northern PA-1 sample, snapped into the hole in the cab roof and provided forward and reverse bells on a square mount.

The clear window material snapped into the PA-1 cab, the single headlight included a clear lens as did the side classification lights. Unlike Athearn’s PA-1 with two styles, this Liliput-made model only offered one style of number board. The round portholes on the sides featured a clear window bar that snapped into place, which I assume was also provided to PB-1 models. The rear access door porthole appears to have been left without window material.

By mid-1970, Athearn ads were boasting “ALCO’s famous PA-1 is here!” Selling at the time for $16.95 (powered) and $6.95 (unpowered), the blue box Athearn kit quickly outpaced Con-Cor’s effort. Athearn’s HO-scale Alco PA-1/PB-1 models remained in the company’s line into the early 2000s. I can’t confirm availability on all listed road names for Con-Cor’s PA-1/PB-1. My luck in locating samples has been limited. In addition to this powered Burlington Northern PA-1, my collection includes a Santa Fe model. Some years ago, I purchased a box of shells with the only Con-Cor PB-1 evidence I’ve seen to date. That box included black plastic undecorated PA-1 and PB-1 shells, as well as a pair of Burlington Northern PB-1 shells. And no, BN did not roster, neither did any of the founding Burlington Northern roads, Alco PA-1/PB-1 diesels.

Do you have information to share on this fun collectible? Please contact me! HO Collector’s 3rd Quarter 2019 edition is an Alco-themed issue. This Con-Cor Alco PA-1/PB-1 will be the subject of September 2019’s “From the Archive” in Model Railroad News. Look for more Alco coverage in the October 2019 issues of Railroad Model Craftsman and Railfan & Railroad.