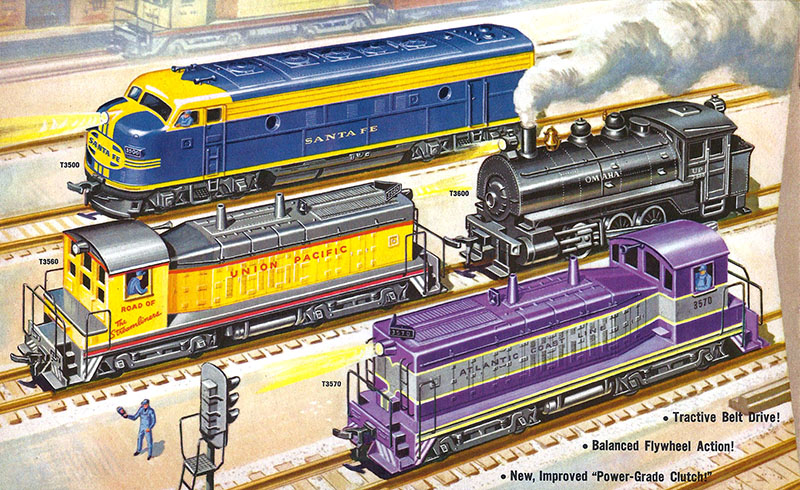 This was the first plastic model of an Electro-Motive Division (EMD) end-cab diesel switcher for HO scale. Revell offered a base SW7 diesel switcher and a high-end SW7 with added details and features. This Atlantic Coast Line SW7 is an example of the upscale release with illuminated number boards and added ladders on the nose.

Every line needed an F-unit in the early days of HO-scale plastic models and Revell was no exception. The company offered this EMD F7A diesel locomotive in several road names and two levels. This Santa Fe F7A wears the road’s freight blue and yellow and represents the base example. Revell’s higher end F7A included illuminated number boards and an engineer figure waving from the cab. 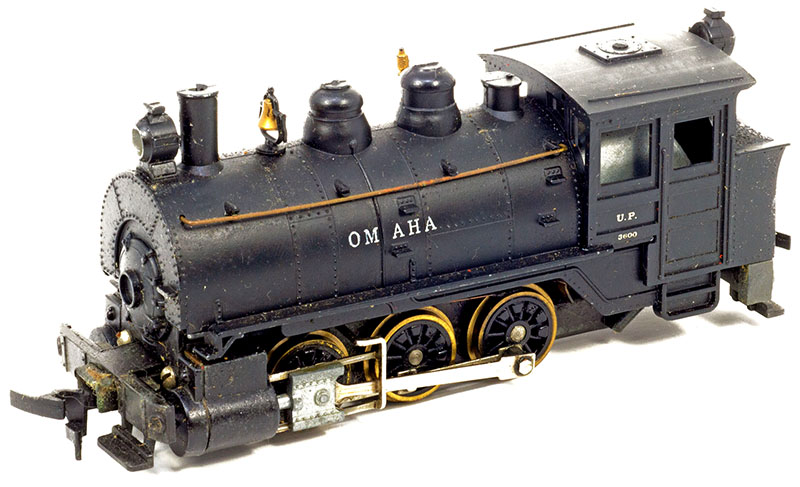 Smoke and sound output were highlights of Revell’s HO-scale 0-4-0 steam locomotive model. The little steamer came only in Union Pacific livery with “Omaha” on its boiler sides. For its time, this 0-6-0 was fairly expensive and carried a $27.95 suggested retail price in 1956. 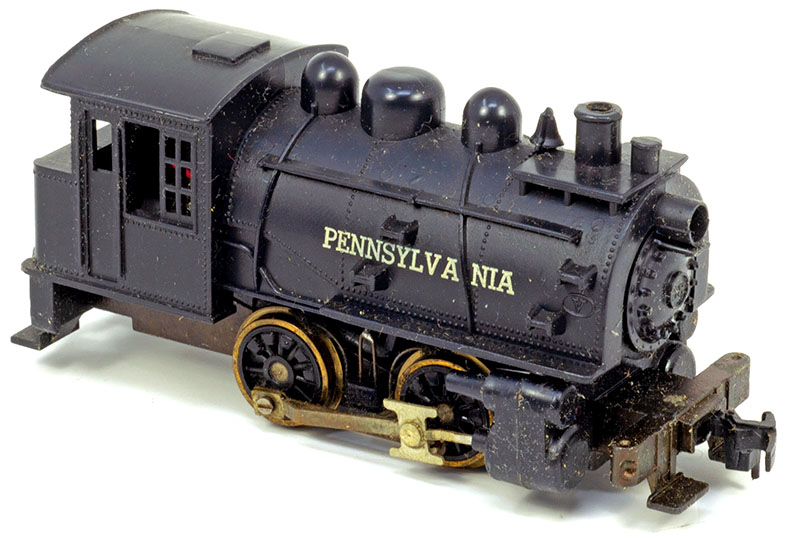 There’s only one locomotive addition to Revell’s line of HO and it reproduced Baltimore & Ohio’s famous Dockside 0-4-0 steamer. The model was a more basic and less costly option in the line to 1956’s 0-6-0 steam locomotive offering. Though it’s a B&O prototype, Revell offered its Dockside 0-4-0 in Pennsylvania Railroad only.