Alco’s RS-11 was a four-axle diesel road switcher introduced in early 1956. Production ran through 1961 with more than 400 examples produced. Green Bay & Western was an original RS-11 buyer and its single roster member of this 1,800-hp prototype carried road number 309, just as this model does. This model was produced for Life-Like by Yugoslavian manufacturer Mehano. 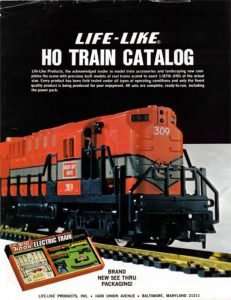 In HO Collector’s 3rd Quarter 2020 edition, you’ll read the article “HO’s Yugoslavian Connection” giving an overview of the history of model train maker Mehano. Introduced in the late 1960s, Mehano’s HO-scale reproduction of Alco’s RS-11 diesel locomotive would enjoy a long run in the hobby. This HO RS-11 served as the cover model for Life-Like’s first full-line HO product catalog in 1970 (it was first introduced under the Varney brand name until the name change to Life-Like in March 1970). 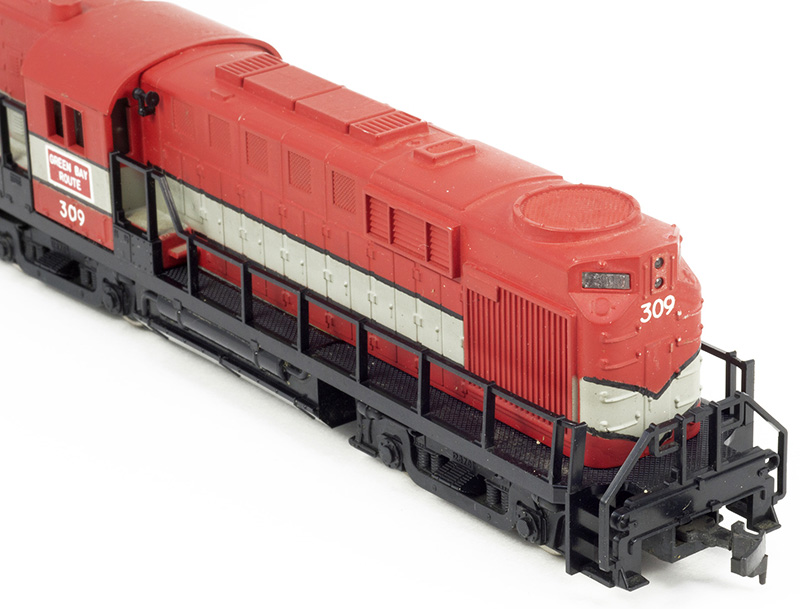 Mehano’s design for its HO-scale RS-11 model followed a style the company employed previously on its Alco S-1 and RS-2 diesel switcher models. A plastic frame (with pilots, walkways, fuel tank, and handrail sections) held an interior metal weight, drive mechanism, and trucks. The plastic body shell (short hood/cab/long hood) snapped on the frame. Details were largely molded on the shell with air horns appearing as separate details. The front and rear received clear inserts for number boards and headlights.

The drive mechanism powered the short-hood end (left in this picture) truck, which originally came equipped with rubber traction tires for enhancing the model’s pulling power. This vintage example’s traction tires have long ago rotted away and there’s signs of rust on the metal plate on the bottom of the trucks. This is the first incarnation of this effort and the only identifying marking is “Yugoslavia” in raised letters on the base of the fuel tank near the rear truck.

This RS-11 was the last new diesel release for Varney’s line in 1968. When Varney’s name merged into Life-Like in 1970, this RS-11 remained in that catalog for several years. You’ll also find this RS-11 offered in Model Power’s product line. Find out more on HO’s Yugoslavian Connection by picking up a copy of HO Collector’s 3rd Quarter 2020 edition.