In the early 1970s (I turned 10 in 1976), Amtrak was new and I was at an ideal age to become a big fan of this “new railroad” operating passenger trains all around the U.S. Bachmann’s Budd Metroliner arrived in HO and N scales during the early days of Amtrak and while electrics didn’t really appeal to this Midwestern kid, I decided I really needed a Metroliner for my model railroad pike. 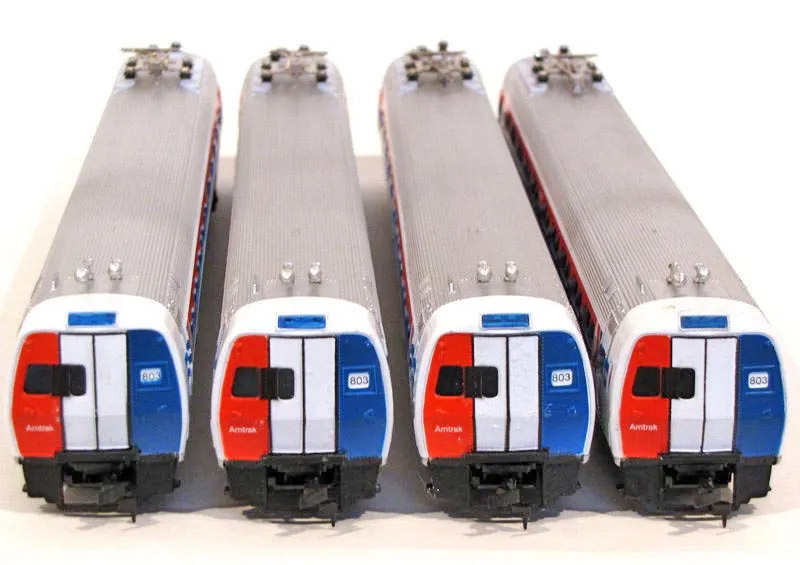 ABOVE: Bachmann’s Metroliner went through several changes during its run. These examples are fairly early production offerings.

On a weekend railfanning trip with my dad, we stopped at Woolco in Springfield, Ill. You might not consider a discount store of this variety to be a location to shop for model trains, but Woolco had a solid hobby department as I remember. This was also a place to look for Super 8 movies. In addition to some amazing AHM, Bachmann, and other makers model trains, a few black & white/silent minutes of a classic like “Son of Frankenstein” or a “Godzilla” movie (if you were lucky enough to find a copy in stock) might be going home for additional entertainment, as Woolco stocked those classic Castle Films and Ken Films offerings. How amazing that today I can have a DCC-sound equipped HO Metroliner with incredible detail and when finished spinning it around my layout, I can go watch any Godzilla movie I like on a giant flat-screen TV in its entirety in color and sound … while flying cars are still in the future … some things we have are pretty amazing and would seem unbelievable to me if I saw them back in the 1970s.

Returning to that Saturday in the 1970s at Woolco, I found a dummy Metroliner for what I remember being $5 or less. I had a jar (yes, I said piggy bank in the title, but as I recall it was more like a Mason jar) of change that I’d counted several times that week to see what the available budget would be for this HO-scale equipment investment and had it with me on the fateful day. I recall dumping the change out to the surprised and likely frustration of the clerk having to count pennies, nickels, and dimes to make the trade for this Metroliner car. I’d suppose Budd received a check from the U.S. Government for Metroliners and there were no coins involved… though I don’t know that for a fact.

As it was non-powered, it ended up serving as as observation car on my railroad. This Amtrak Metroliner spun around the 4 x 8 oval behind AHM and Con-Cor streamliners for several years. I remember the fragile metal pantograph (a feature simplified to plastic later by Bachmann) broke quickly and I removed it… which actually aided in the more passenger car like appearance as a stand-in observation.

Amtrak will turn 50 on May 1, 1971. I’ll turn 55 years old on May 22, 2021. It’s been a fun half century between us and I look forward to more Amtrak in the years ahead. There’s many books on Amtrak, including White River Productions’ new 50th anniversary book and reprinting of Amtrak By The Numbers, but if you’ve not added a copy of The Metroliners to your collection… be sure to check it out. The book on Budd’s Metroliners is available now and the two other Amtrak titles are due in the near future. 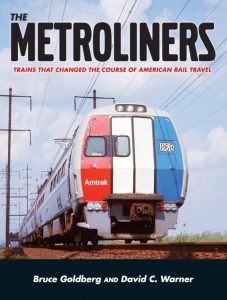 Discover the history on Budd’s high-speed electrics, pick up a copy of The Metroliners.