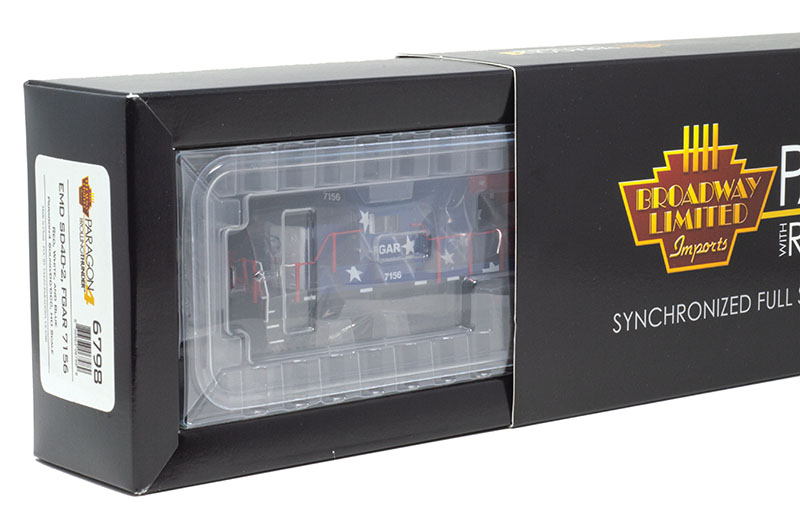 ABOVE: These TrainWorld-exclusive releases, like the regular release SD40-2 offerings in this production, come in a new package.

At a glance, these might have you thinking they are models based on prototypes from the 1970s and the U.S. Bicentennial of 1976. Not the case, though Electro-Motive Division’s SD40-2 was around for most of the 1970s, these are miniatures reproducing in service looks for this Florida short line. 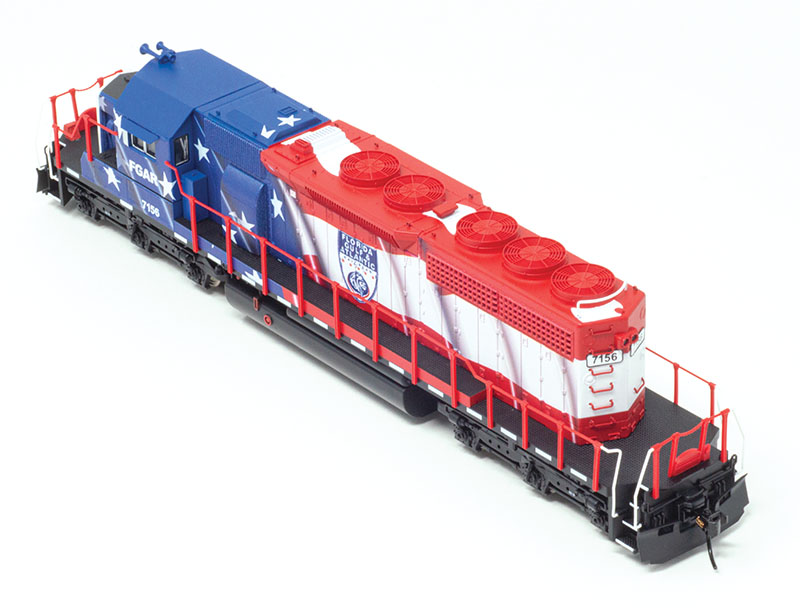 ABOVE: The patriotic decoration makes for an eye-catching SD40-2 model.