The three Legendary Liveries offerings in Athearn’s recent delivery of Genesis FP45 diesel locomotive models provides a look at what a Zephyr scheme Western Pacific might have looked like, and two fantasies that are bordering on reality (SPSF and BNSF).

The Genesis-series Electro-Motive Division (EMD) FP45 is the second effort made in HO scale by Athearn for this 1960s-era six-axle, cowl-body passenger diesel locomotive. The first FP45 was a blue box release that debuted in the early 1970s (along with a release of the freight version F45). In the mid-2000s, the hobby company tooled an all-new edition of this uncommon EMD prototype for its Genesis line of high-end HO replicas. Over the years, the releases have stuck to renditions that closely match prototypes, from as-delivered late 1960s into the early 1970s appearances to later looks (including second owners like Utah Railway).

Legendary Liveries
Answering the call of collectors and modelers with a passion for “what if” releases, Athearn’s late 2020 announcement for more Genesis EMD FP45s included a trio of eye-popping offerings. The company has branded these offerings as its “Legendary Liveries” releases… though you’ll spot the older “fantasy” script name on these FP45 box labels. 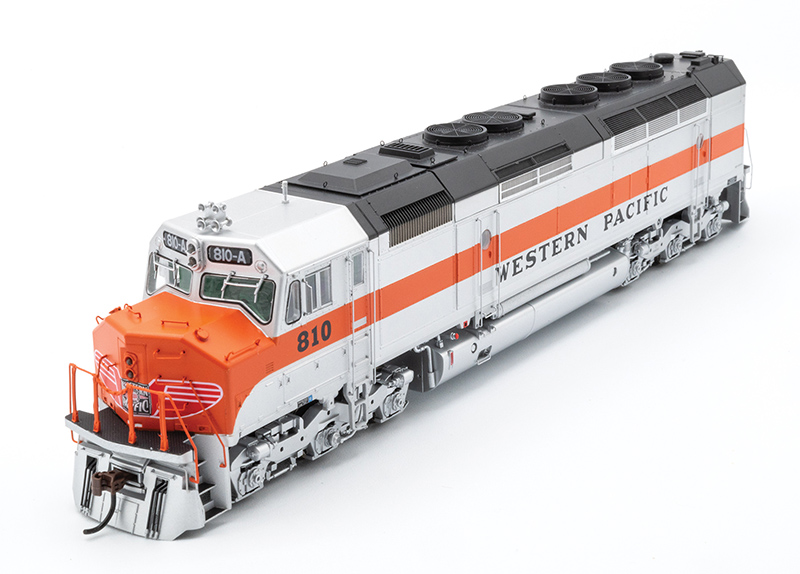 ABOVE: Athearn provides its fantasy Western Pacific FP45 diesel locomotive models with road numbers that work into the railroad’s roster. This model carries road number 810 and the other Genesis series offering is 807, both numbers would land after WP’s passenger F-units. What a sight a pair of FP45s might have been hustling the famous California Zephyr across the Nevada desert or snaking slowly through Feather River Canyon in California.

I find these models, which are becoming more common today from many manufacturers, nearly impossible to resist. I try to reserve ahead of time, but these got by me and when I saw them available, I went on the hunt for a set. My experience showed the silver with orange Western Pacific (available in two road numbers 807 and 810) to be the challenge of the group to locate. I went through several hobby dealers before landing the sample you see here. The other two (BNSF and SPSF) took a bit of work to obtain, but were a bit easier to locate (be aware these releases began shipping in early March 2022). 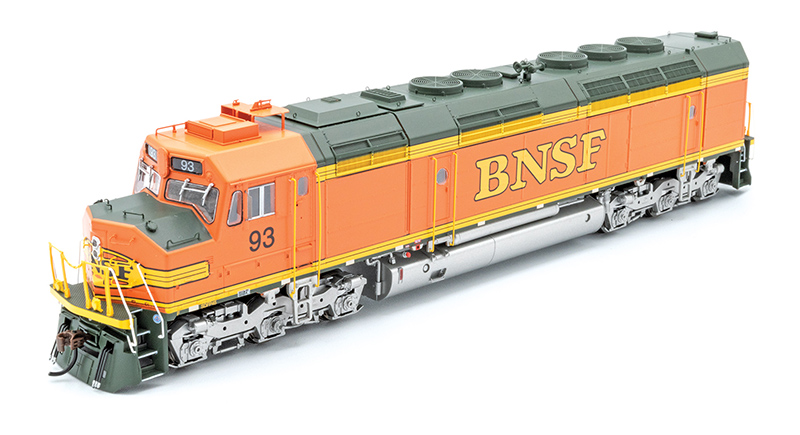 ABOVE: The Heritage II scheme BNSF is very intriguing, FP45s did make it beyond Santa Fe and into the BNSF era but repainting did not happen. During Mike Haverty’s leadership of Santa Fe, the road introduced its Super Fleet units and brought back its red-and-silver Warbonnet. Athearn’s BNSF models follow this 1990s-era renumbering into 90-series road numbers. Classified as an SDFP45, BNSF 93 began life as Santa Fe 103 in 1967, was renumbered to 5943 in 1970, then 5993 in the 1980s before dropping to 93 in 1991. The unit shows retirement from BNSF’s roster in 1999. 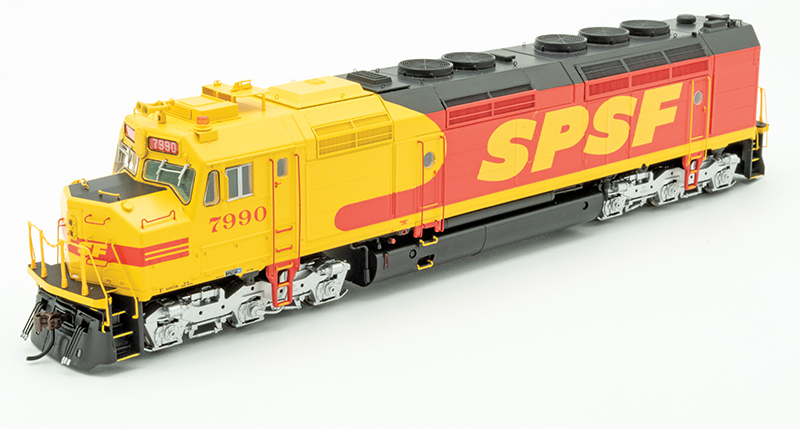 ABOVE: The pair of Santa Fe-related offerings might make you think for a moment about whether they could be based on prototypes. Yes, the red-and-yellow Kodachrome scheme saw application on many locomotives in Santa Fe and Southern Pacific’s fleet, and at least a few pieces of equipment received more than an “SF” or “SP” and saw full “SPSF” lettering for publicity shots and then returned to SF or SP decoration. Athearn had some fun presenting the complete SPSF livery for its HO-scale model. In addition to SPSF 7990, there are two Santa Fe Kodachrome FP45s in this release (5991 and 5996). 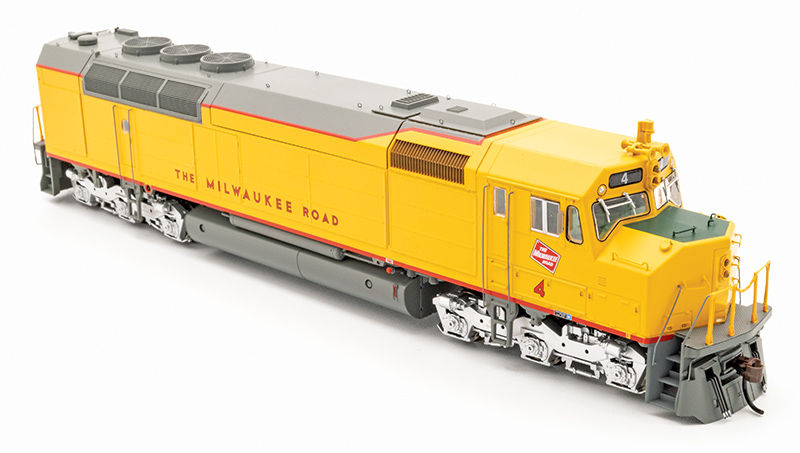 Athearn’s work on these fantasy FP45s matches the level of quality found in models replicating prototypes (this release included several as-delivered models including Milwaukee Road and Santa Fe). I enjoy the attention to selecting road numbers that fit into real rosters and the effort to reproduce a paint scheme with an eye for keeping its appearance looking legitimate and believable.
As stated, these three took a bit of work to secure… so keep in mind that today’s collector must keep abreast of current and coming offerings for gems like these and not miss out on them.