The group of Trainmain-series HO-scale 40-foot plug-door boxcar models featuring famous beer brands. There are six releases in the collection (for the serious collector there are three road numbers for each beer brand, making a grand total of 18 boxcars needed for a “complete” collection).

This ready-to-run, plastic boxcar model was introduced about a decade ago with its first release announced October 2012. The model is in its sixth release for this beer brands group (announced June 2020 by Atlas). The assembled model, which comes with metal 33-inch wheels, retails for $32.95 for this series. The regular asking price is few dollars less ($28.95) for less intricate paint schemes on recent releases that came out a few months ahead of these beer boxcars. This is a basic release with molded on details for the most part on the plastic body and underframe. The releases began arriving in late 2021.

ABOVE: Atlas’ Pabst Blue Ribbon model is one of two (the other is Old Style) to include D-F loader markings on its door. The decoration work is excellent with red accented ladders on the sides, white ladders on the end and a white brake wheel. The car is blue with white side panels and silver roof. The road numbers (featuring PBRX reporting marks) include 1027, 1051, and 1079. 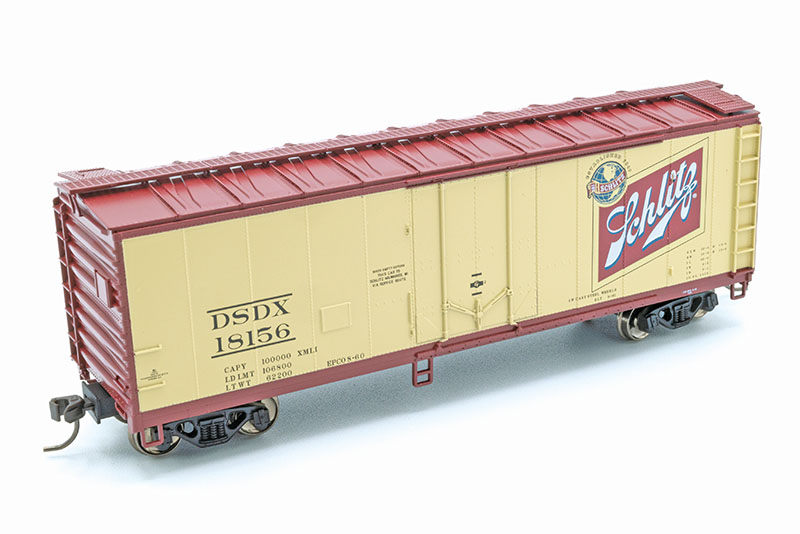 ABOVE: Tan side panels on a brown body is the look for Atlas’ Schlitz caar. The model carries DSDX reporting marks and the three road numbers are 18156, 18174, and 18183. 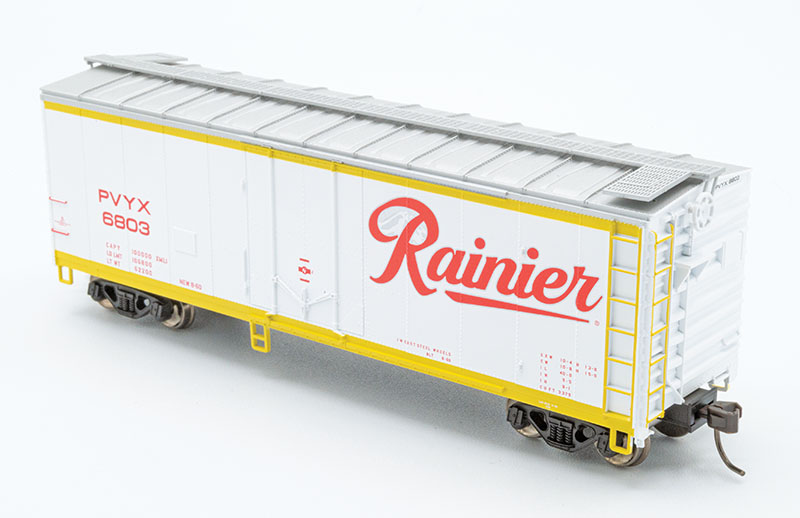 ABOVE: Rainier was a Seattle-based beer and Atlas’ model includes silver roof with white sides and ends, as well as yellow accents and striping. The cars carry PVYX reporting marks and the three road numbers are 6803, 6819, and 6824. 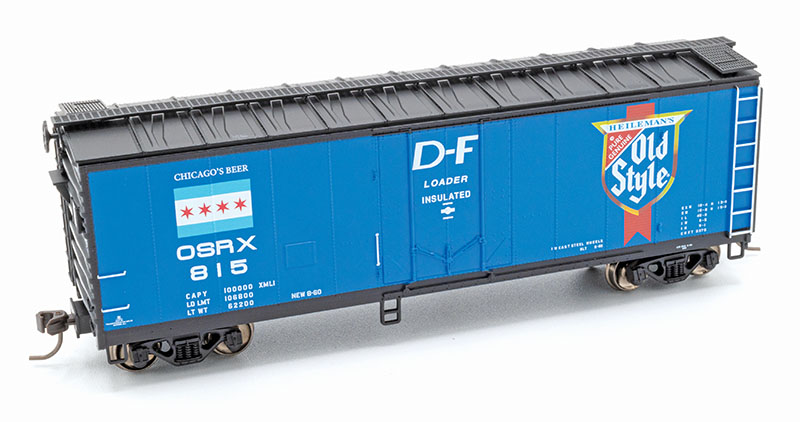 ABOVE: Carrying the “Chicago’s Beer” label, Atlas’ OSRX is decorated for Heileman’s Old Style beer. The three road numbers produced are this example’s 815, plus 872 and 899.

These releases are sold out from Atlas and collectors should check hobby dealers and online sources to obtain examples for their collections. Atlas will have its 45-foot Pines trailer available with beer brands (some different from this collection’s six selections) in the near future. There are also beer-themed tank cars and models in N and O from Atlas.