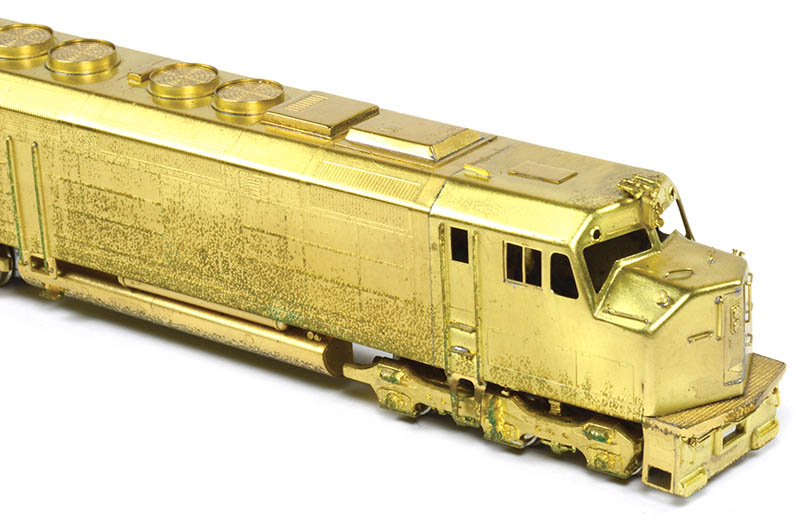 The first HO-scale reproduction of Amtrak’s six-axle SDP40F passenger diesel arrived at the same time the prototypes went to work. GEM Models delivered its brass SDP40F to North America in 1974. The model came from Kumata of Japan.

The first SDP40F in HO came to market in 1974 from Gem Models of Philadelphia, Pa. The model (Gem’s #KMT-109) reproduced the pointed-nose early production SDP40F. Produced by Kumata of Japan, this brass-import release carried a $100 suggested retail price at the time of its introduction.

The model included separately applied grab irons, handrails, sand filler hatches, and coupler cut levers. The frame around the upper headlights between the number boards over the cab windshields appears to stick out a bit too far, and I think the nose juts out over the top of the front pilot more than it should. Detail along the hood appears to match up to prototype drawings, and all generally looks to be where it should be on this effort. That rather shallow detail lacks a solid dimensional look and feel to it. Roof details include separate air horns soldered over the front of the cab, and an antenna is located on the back corner of the cab on the engineer’s side. The rest of the roofline hits the mark with good attempts at the fans and steam generator details. I even would consider the square exhaust silencer as a decent match to EMD’s early prototype used on some SDP40Fs. 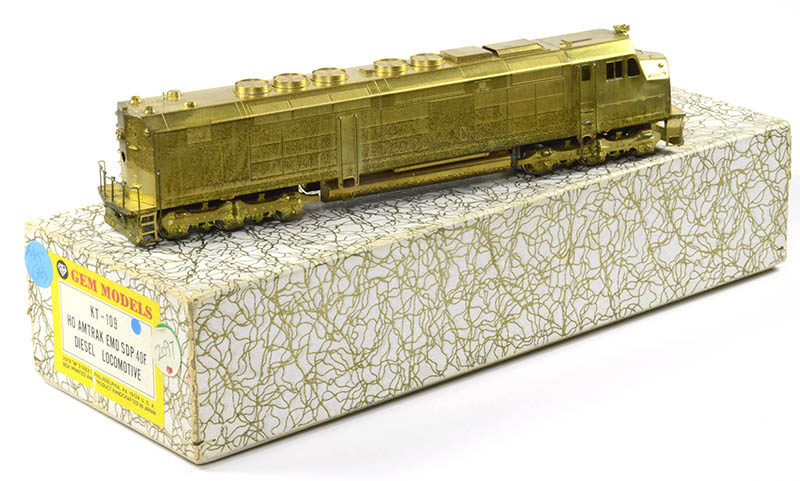 Here’s the model and its original packaging. GEM Models began importing brass in 1959 with the release of a New York Central 4-4-0 steam locomotive, according to Jack La Russa in the July-September 1991 edition of Brass Modeler & Collector.

Those familiar with Gem Models efforts will remember an F9A and a GP40 diesel, as well as a Budd Metroliner release, offered in brass. Those models came with early Bachmann drive mechanisms. Close examination of Gem’s brass F9A and GP40 tooling reveals the diesels match what you’ll find on first-generation HO-scale Bachmann plastic models of those two diesels from the early 1970s. The SDP40F does not follow this design formula of mixing a brass shell with tradition drive, but includes a brass model drive. 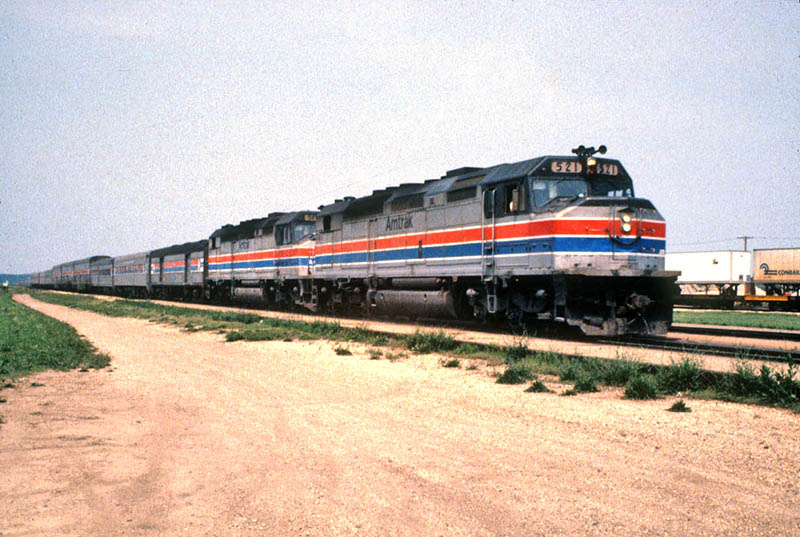 Amtrak’s Lone Star arrives at Chillicothe, Ill., in the late 1970s with a pair of SDP40Fs dressed in the service’s “Phase II” livery. The lead unit, Amtrak 521, is an early production SDP40F as evidenced by the pointed nose. This is the prototype depicted by GEM’s brass effort. The Lone Star was dropped in 1979, the SDP40Fs were off regular service shortly after, and today Amtrak moves its long-distance trains out of Chicago on former Burlington rails and doesn’t visit Chillicothe on the former Santa Fe system. –Terry E. Cook photo

The Gem Models effort appears to hold the title to being the only HO-scale model of the SDP40F for two decades. Overland Models imported SDP40F diesels from Ajin of Korea beginning in 1993, according to Brass Model Trains – Price & Data Guide, Vol. 1 (2008, Publishing Partners International). Those Overland Models’ brass-import SDP40Fs sold originally for approximately $450 to $600, depending on the run and version. Overland Models offered decorated examples, while Gem Models is known to have offered only undecorated SDP40Fs. Another option for owning an HO-scale SDP40F included a resin shell craftsman-level kit produced by Kaslo Shops. 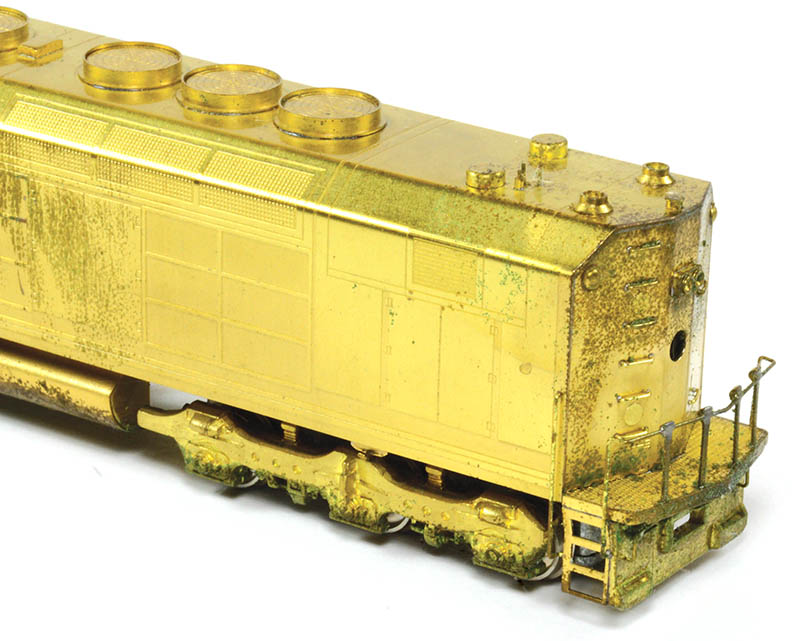 As-delivered the SDP40F came with twin water boilers for steam generation to supply Amtrak’s inherited passenger car fleet. The plan was to switch over to HEP at some point in the near future, as new equipment came online. This never happened, as the SDP40F ran into operational issues that would eventually sideline these units for good.