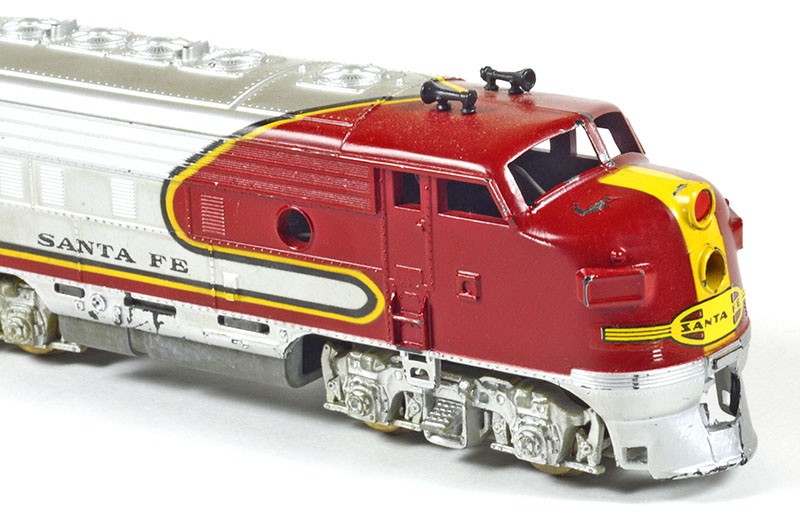 Every hobby manufacturer, both current and past, seems to have offered a Santa Fe F-unit model and Penn Line was no exception. Penn Line produced its HO-scale reproduction of EMD’s popular F7 diesel in the early 1960s in powered and dummy versions. 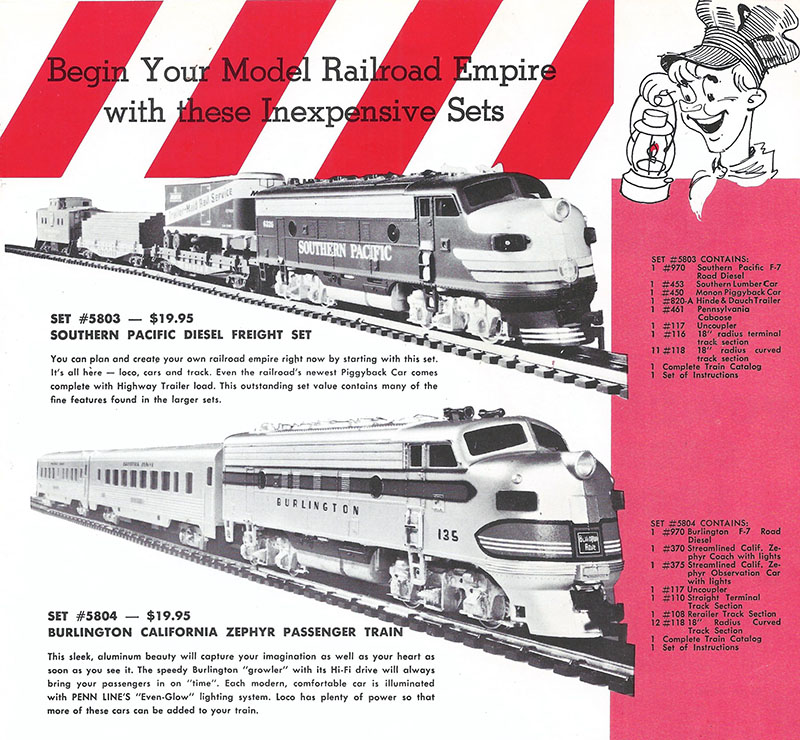 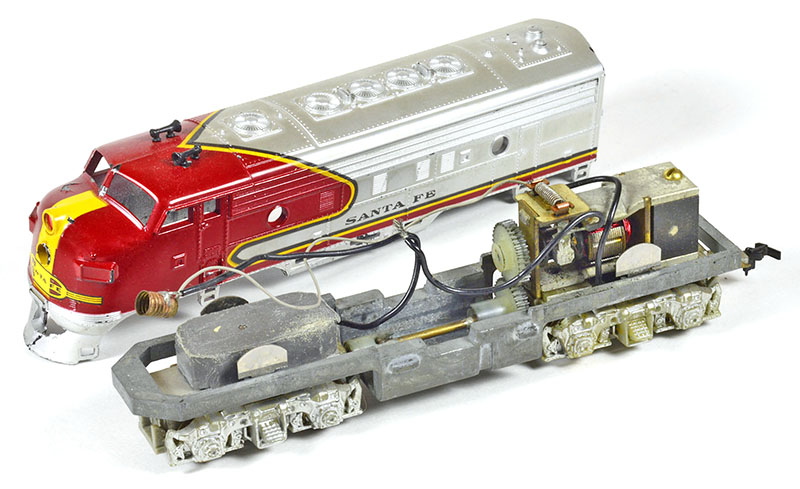 The chassis for Penn Line’s F-unit included a die-cast metal frame with motor mounted over the rear truck. The metal truck sideframes went on to become plastic sideframes by the mid-1960s, but retained the same tooling for both versions.

A spotting feature of Penn Line’s F7A was the inclusion of a red lens in the upper headlight. This red emergency light lens was an uncommon addition among the many F-units offered in the 1960s in HO scale. The shell is a one-piece plastic body with separately applied air horns on the cab roof.

You could easily collect nothing but Santa Fe F-units and still fill a number of shelves with HO models. This Penn Line HO-scale Santa Fe F7A dates from the early 1960s.

The easy spotting feature for this F7 tooling is the stubby stirrup steps. Notice the compressed design that kept these steps out of the way of the Blomberg truck sideframes and enable this model to take sharp train set curves without concern. In addition to the always present red-and-silver Santa Fe, Penn Line cataloged Baltimore & Ohio, The Milwaukee Road, New Haven, Pennsylvania Railroad, Rio Grande, Southern Pacific, and Union Pacific. The powered F7A sold in the early 1960s for $9.95 with a dummy offered for $3.50. A matching F7B was available from Penn Line in the same road names, power options, and pricing. 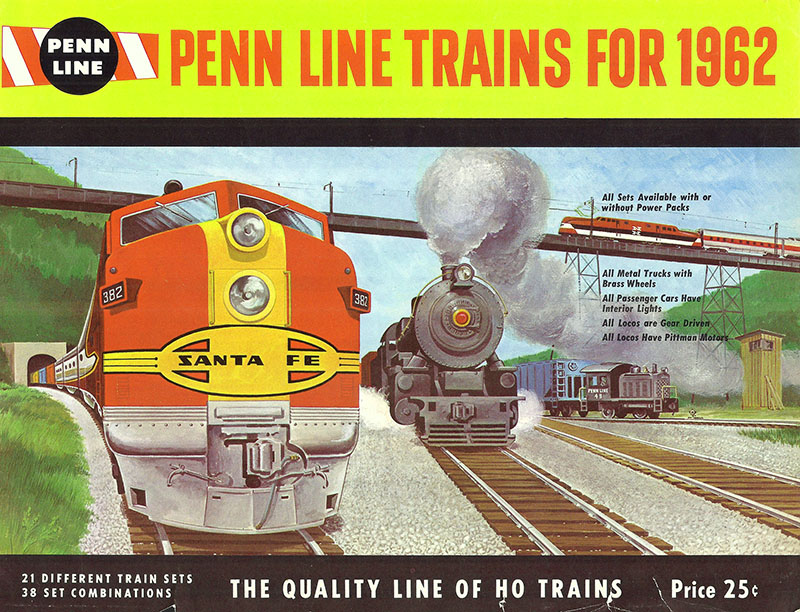 Penn Line’s run was nearing its finish when this 1962 catalog came out. By the mid-1960s, you’d find Penn Line’s tooling split between Varney and Bowser. Varney sold the Penn Line-made F7A and F7B models until 1970. In spring 1970, Life-Like’s branding takes over Varney’s line and this F7 model continued to be offered. The F7A tooling survived into contemporary times with Walthers offering entry-level trains under the Life-Like name with this veteran diesel locomotive model.