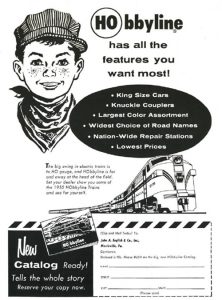 HObbyline’s collection of injection-molded plastic HO-scale model trains was among the first of this style release produced for the hobby in the 1950s. The line included starter train sets and a range of separately sold locomotives, freight cars, and passenger cars. In the 2nd Quarter 2022 edition of HO Collector, Rick Tonet covers the product line in his cover story feature “HObbyline – Morrisville’s Best-Kept Secret.” You’ll see a listing of HObbyline train sets offered in the 1950s, reproductions of select catalog pages, and views of various models. Included on this page are images of these now-vintage HObbyline models. 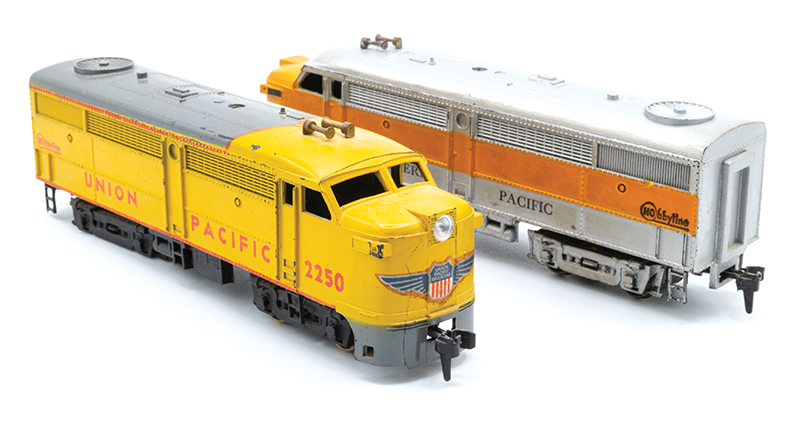 ABOVE: This Alco FA-1 diesel locomotive tooling was introduced to the hobby as a die-cast metal release and moved to this assembled plastic version a few years later. In the mid-1950s, this locomotive served in numerous freight and passenger train sets from HObbyline. 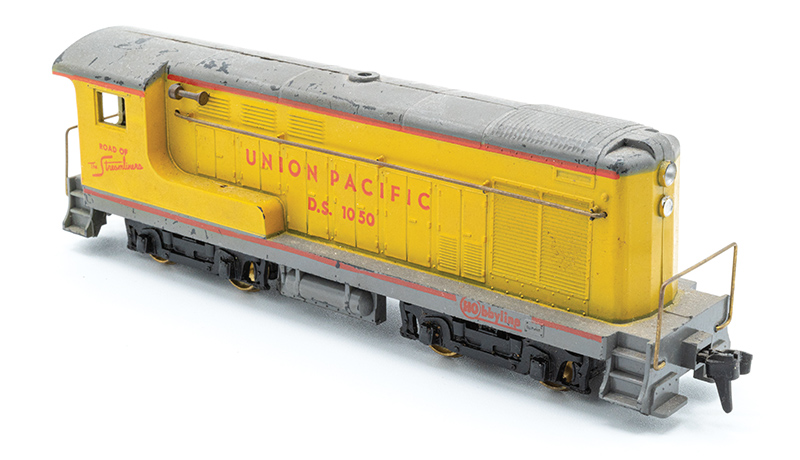 ABOVE: An uncommon prototype for HO was HObbyline’s Fairbanks-Morse diesel switcher. For a time, these models came with a unique plastic knuckle coupler system that was exclusive to HObbyline. Note the inclusion of the company’s name in red along the sill.

ABOVE: Most freight car offerings in HObbyline’s range were typical of other companies’ selections with rolling stock largely staying in the 40-foot sector. The catalog included a sliding-door boxcar, flatcar, gondola, and other common types. The four-bay open hopper car may be the most interesting tooling among HObbyline’s freight cars and is a unique selection for 1950s-era plastic models. 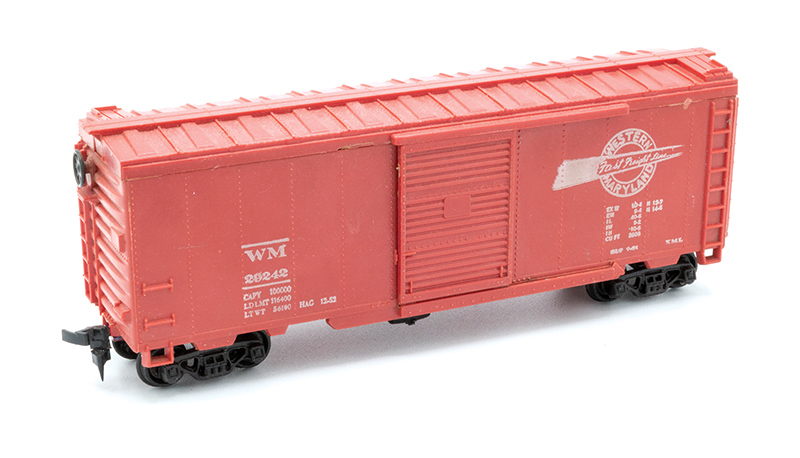 ABOVE: Is there a vintage line of plastic HO that lacked a 40-foot sliding-door boxcar model in its catalog? Pad printing in the 1950s was frequently crude in appearance, but HObbyline’s quality is perhaps a bit below average, even grading on that accepted curve of the era.

ABOVE: One of HO’s first plastic heavyweight passenger cars came from HObbyline. This tooling went on to serve Penn Line, Varney, and Life-Like, and as such has enjoyed a long life in the hobby with many incarnations since its 1950s debut. 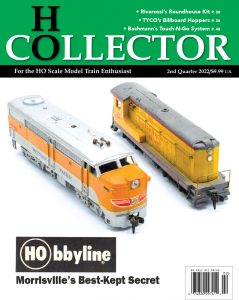