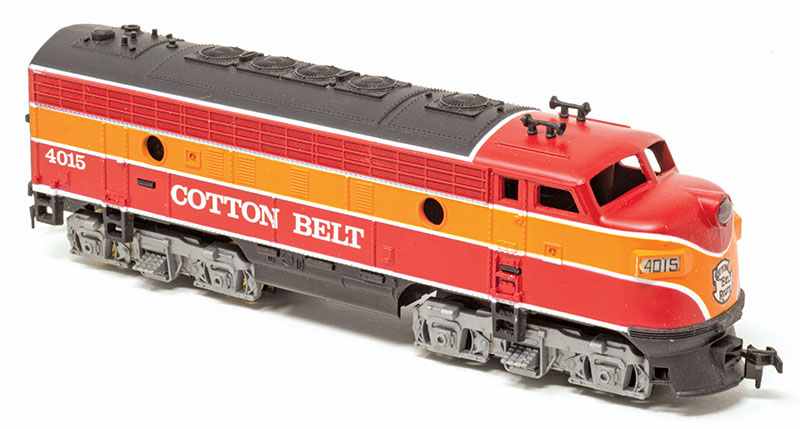 Frequently cited as one of railroading’s best liveries, TYCO applied the Daylight look to its F-unit and lettered it for Cotton Belt in 1982. This model is among the most uncommon TYCO offerings. 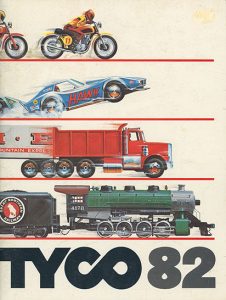 Whenever I see mention on Facebook of any of TYCO’s 1982 motive power offerings or one of the uncommon examples presents itself on eBay, I always say to myself that was the company’s last best year for electric trains. By the early 1980s, TYCO’s train line was about three decades old and found in toy and hobby dealers all across North America. The line had about a decade of life left (1993 is the final year TYCO includes HO trains in its catalog), when it hit a high point that would never be enjoyed again.

Going by the company’s catalogs, the Consolidated Foods ownership of TYCO concluded as the 1970s closed out. If you check catalogs beginning with 1981, the Consolidated Foods name is replaced with TYCO Industries. These years in the early 1980s saw the company introduce its US-1 Trucking line, while still well serving the regular slot car category and providing a strong showing for HO-scale electric trains. The 56-page color publication presenting TYCO’s offerings for 1982 puts model trains first; this would not happen again. As TYCO’s product mix diversified in the mid-1980s, the company’s LEGO block competitor would get the opening spot in the catalogs, and train offerings would shrink and become more heavily influenced with toylike releases. 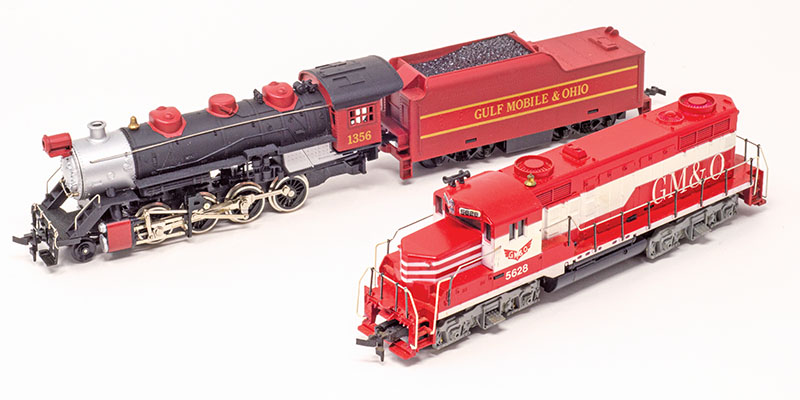 ABOVE: Gulf, Mobile & Ohio was among the uncommon road names included in TYCO’s 1982 catalog with a 2-8-0 steam locomotive and GP20 diesel locomotive representing the road this year only.

Motive Power All-Stars
Your editors have never unearthed the reason or plan, if there was one, for the amazing array of decorations provided to 1982’s group of locomotive models. I recall first obtaining a copy of TYCO’s 1982 catalog in the early 2000s and was blown away at the collection of intricate and eye-catching paint schemes. The steam locomotive offerings included a Pacific, Consolidation, 0-8-0, and 0-6-0. The Pacific was only shown in Santa Fe, and this was the model’s last year with TYCO, though a version of it continued in the second-generation Mantua catalog. The 2-8-0 Consolidation and 0-8-0 shared various tooling elements in common. The new offerings included Canadian Pacific; Great Northern; Gulf, Mobile & Ohio; and Southern Railway. The little 0-6-0 and tender (introduced in 1979’s catalog) enjoyed a trio of new road names: Rock Island, Southern Railway, and Western Maryland. 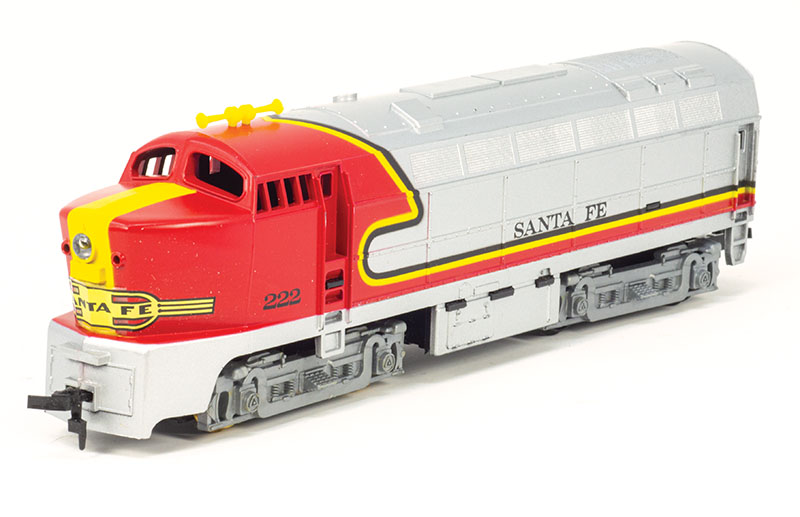 Though there are many, most of these offerings don’t pass the prototype test. None of the three Sharks (Rock Island, and other two names listed) ever existed in reality; TYCO’s fantasy roads are absent from the diesel roster. In steam locomotives, you’ll find Chattanooga and The Royal Blue is a bit of a stretch (though Baltimore & Ohio did put this name on a locomotive). The attention to detail on the paint schemes introduced is impressive with respectable representations of the liveries used, even if they are applied to diesel types those roads never owned. For most of these members of TYCO’s class of 1982, this was the only year they saw inclusion in the catalog. It took me several years to locate examples of the uncommon diesel offerings. I do have a Gulf, Mobile & Ohio Consolidation steam locomotive, though I confess that I have not invested much time or money in obtaining the other unique-to-1982 steam models. In addition to the diesels noted, you’ll find TYCO’s blue-and-yellow Santa Fe Alco 430 to be a less frequently found example. None of these 1982-only diesel models appears to have enjoyed very large production runs, and all are challenging to locate. 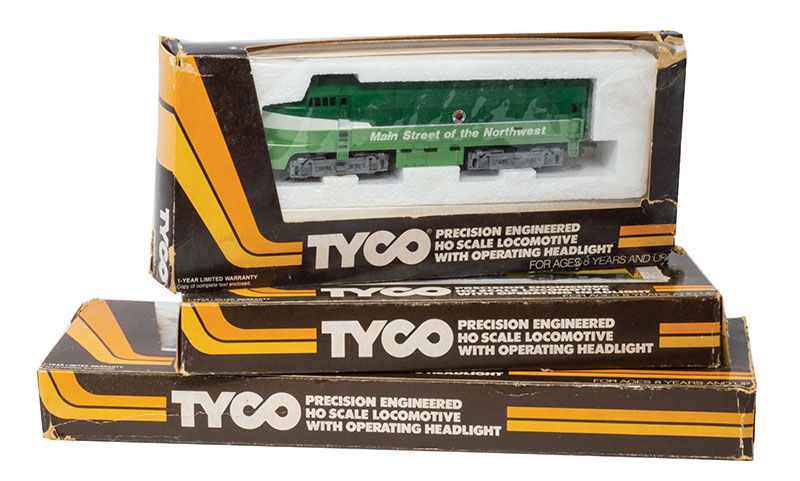 These locomotives of the 1980s are interesting for collectors, as TYCO revised its packaging design. The “brown box” look from the early 1970s gave way to the dark brown window-display cardboard box with twin bands sweeping in and under the locomotive on the face of the carton. The back of these boxes includes line drawings (Alco 430, 2-8-2 steam locomotive that didn’t exist in the line, and the trolley). By this point, TYCO had abandoned handrails as a user-added detail in the packaging. You’ll note my GM&O GP20 shows the older-style metal railings, but I can’t confirm this feature to have been present with this model. 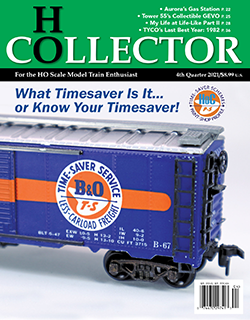 Read the complete article and see more color pictures by picking up a copy of the 4th Quarter 2021 edition!